From test time to serving time 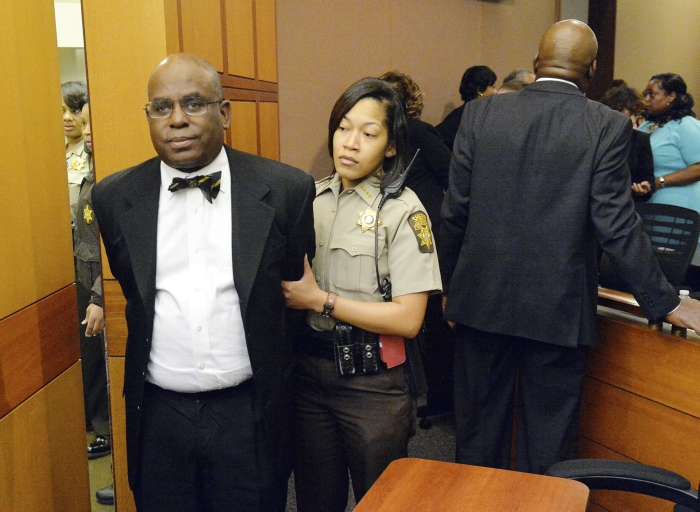 Academic testing has become such a high-stakes affair that some educators change students’ answers — and get caught in the act.

In some cases, prosecutors call the cheating “racketeering,” a word more commonly associated with crime syndicates, extortion, money laundering, loan sharking and bribery. Add to that list conspiring with others to cheat on standardized tests in order to save jobs and receive bonuses.

Those were the crimes committed by 11 Atlanta educators — now former educators — convicted Wednesday. They could face up to 20 years in prison.

If you ever doubted that testing puts tremendous pressure on teachers and their bosses, this case should open your eyes. No amount of pressure justifies the crimes these people committed. But don’t chalk their crimes up to simple greed. The dynamics of standardized testing are more complicated than that.

The National Education Association had no mention of the Atlanta convictions on its homepage Wednesday, but it was promoting a revolt against the kind of testing that got the wayward educators in trouble. “Testing season is here and it’s time to stand up for learning, not testing,” the NEA site says. “Join hundreds of other locals and communities to create more Time to Teach, Time to Learn and bring back the joy of learning in the classroom.”

The joy of teaching could use a revival, too. The hyper-accountability of frequent testing, along with budgeting pressures and student discipline problems, make teaching one of the most challenging professions.

That might justify looking for another profession, but not cheating.

As University of Georgia law professor Ron Carlson said, this is a cautionary tale for school faculties and administrators: “It has to send a message to educators here and broadly across the nation. Playing with student test scores is very, very dangerous business.”