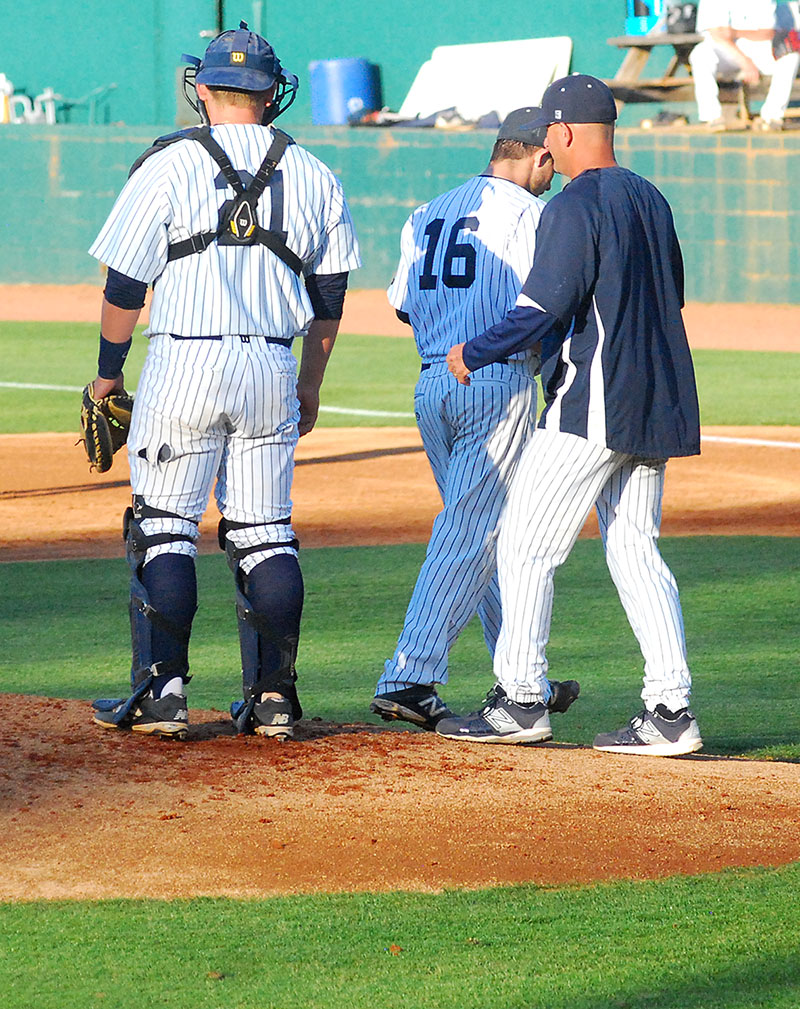 ADAM HOUSTON/THE SALISBURY POST Catawba pitcher Sean Grant (16) walks off the mound Tuesday after he was pulled by Catawba head coach Jim Gantt (right) during a meeting at the mound with catcher T.J. Wharton (21). The Indians lost to Pfeiffer 11-4.

SALISBURY — It was the first game this season that Catawba’s baseball team never had a chance in.

Catawba, ranked 12th in Division II, committed six errors in their worst defensive game of the year. The Indians trailed 8-0 after three innings and lost 11-4 to Pfeiffer at Newman Park on Tuesday.

The highlight for the Indians (27-6) was a three-run homer in the fifth inning by freshman Luke Setzer. It was the first college homer for the former East Rowan star.

Will Albertson’s solo homer, his 14th, left the park in the eighth and accounted for Catawba’s other run.

Chance Bowden, a freshman from Salisbury, extended his hitting streak to 16 games.

Pfeiffer (22-14) got an extraordinary game from Izzy Perez. He hit two homers and knocked in six runs. He hit one homer early. His second blast answered Setzer’s homer.

Cole McGraw also hit a home run for the visitors. Former Indian Anthony Allende had three hits for the Falcons. Dylan Goodman, who starred at South Rowan, played right field and scored a run for Pfeiffer.

Keith Little started for Pfeiffer and took a shutout into the fifth.