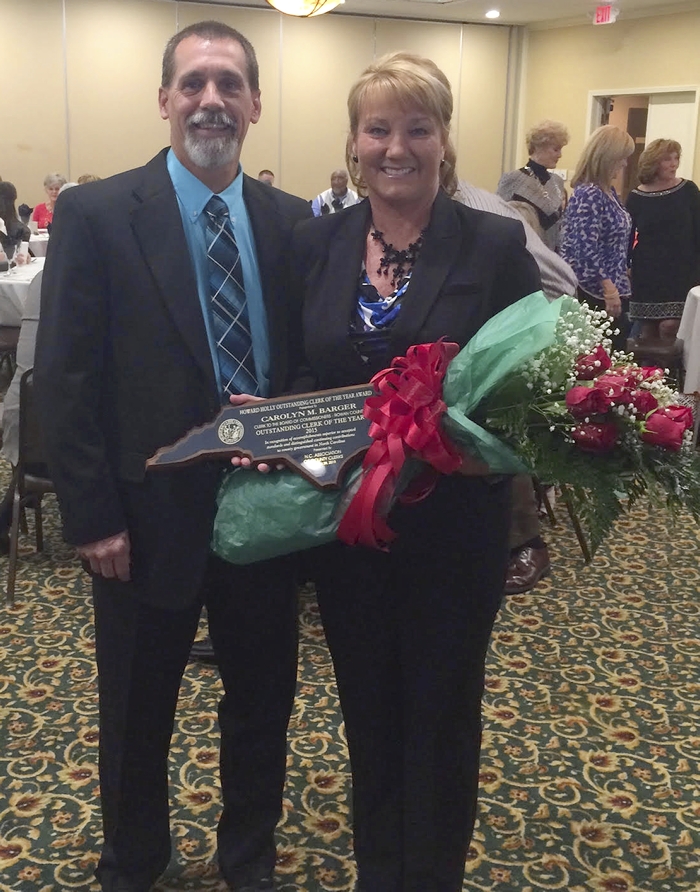 Submitted photo - Clerk to the Rowan County Board of Commissioners Carolyn Barger, and her husband Jeff Barger pose for a picture after she was named the clerk of the year by the state's association of county clerks.

There’s 100 county clerks in North Carolina, but Rowan County’s was named the best in the state Saturday during the North Carolina Association of County Clerks’ annual conference.

“I never thought I would achieve something like this,” Barger said on Monday. “It takes a lot of work and dedication and you know you’ve hit a milestone when you get it. I was reeling from shock when everyone from my family walked in.”

She joked that the most important job duty of any county clerk is to never pick sides in a political discussion.

Barger’s career in local government began in 1994 in the Town of Cleveland as a part-time clerk. She was hired as a deputy clerk for Rowan County in 1999 and promoted to her current position in 2005.

Prior to working in local government, she worked for Salisbury Machinery Company as a secretary and bookkeeper.

She also served as the president of the North Carolina Association of County Clerks from 2013 to 2014.

Next year, Barger will have a role in the award selection. The previous recipient is part of a committee that helps select the next winner, Barger said.