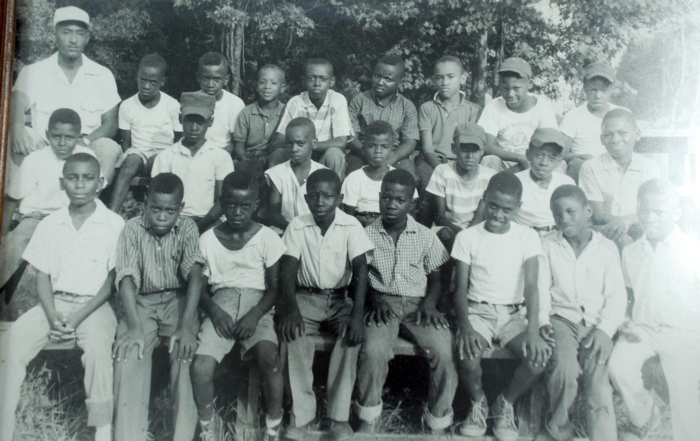 Wayne Woodruff of Salisbury provided this circa 1960 photograph from a summer baseball picnic at Kelsey-Scott Park. It was a one-day event held every summer when players from East Side and West Side teams got together and played. Woodruff himself is in the second row, the third player from the left. He was 10 and played for the East Side. Woodruff found the picture one day several years ago at Miller Recreation Center and had it blown up and framed. ‘I kinda collect old pictures, and when I got that one, it was like a treasure to me,’ he said. Woodruff could identify all the players except one. On the front row, left to right, are Donald Graham, Ronald Woodruff (Wayne’s brother), Kenny Holt, Edgar Lynch, Eddie Dunlap, not known, James Burst and Larry Houston. Second row, left to right: Phillip Wilkins, Steven Blanton, Wayne Woodruff, Donnie Jolly, Ray Hawkins, John Phillips and Roland Woodard. Third row, left to right: Coach Blanton, Terry Harris, Jerry Holt, Calvin Blanton, Ronnie Davis, Wallace Toomer, Sidney Davis, James Teal and Ronnie Partee.