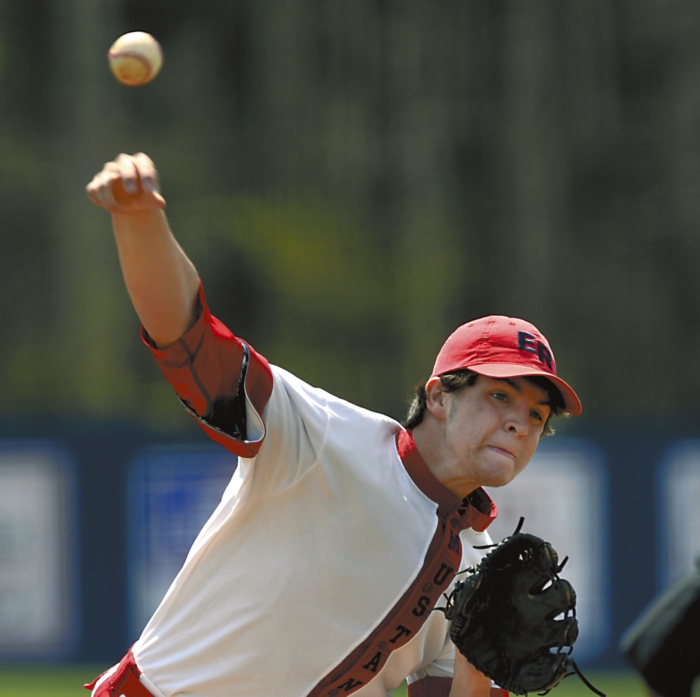 GRANITE QUARRY — East Rowan is 8-5 and pitcher Logan Towne is 4-0, so you can imagine where the Mustangs would be without Towne, a senior who is getting his first chance to hurl major innings.

Towne’s fourth victory came Monday in the Easter Classic that the Mustangs are hosting at Staton Field. He threw six innings as East Rowan won, 5-3, against the Greater Cabarrus Homeschool Stallions.

Hightower wasn’t thrilled with his guys. They won, but they might have lost had the Stallions (7-4), who beat North Rowan, 11-0, earlier this season,  produced one more clutch hit.

“I thought we had no sense of urgency at all,” Hightower said. “I want us to compete and we didn’t compete as hard as we needed to. We got ahead. Then we gave away at-bats and didn’t work to add any runs.”

The Stallions, now in their fifth year under coach Chris Lankford, made contact at the plate and made good plays in the field. They wouldn’t win the South Piedmont Conference, but they wouldn’t finish last, either.

“Getting a chance to play East today was a great opportunity for us,” said Stallions standout Hunter Shepherd, who performed well for the Rowan County American Legion team last summer. “But it was just two baseball teams playing each other. We know East has a great program, but we’re also a good team.”

Singles by Samuel Wyrick and Joseph Peeler and a defensive mistake by the Stallions gave East Rowan a 1-0 lead in the first.

East Rowan had a runner thrown out at the plate and settled for two runs in the second inning, despite drawing three walks and getting three singles.

The visitors got their three runs against Towne in the third inning for a brief 3-all tie. East Rowan made two errors in that inning, and Noah Jarrett, Shepherd and Tyler Hartsell drove in runs. Jarrett whacked a double to the fence to put the Stallions on the scoreboard. Towne got a groundball to end the inning, and the Stallions left the bases full.

“I was spotting my fastball pretty well,” Towne said. “I was able to get out of some jams.”

The Stallions stranded six runners during the first three innings.

“The difference in the game was early,” Lankford said. “We had miscues and we left a lot of runners out there.”

East Rowan scored the decisive runs in the bottom of the third frame. Seth Wyrick doubled deep to open the inning, and Tyler Scruggs singled him home. A dropped fly ball extended the inning, and John Owen took advantage of the extra out with a run-scoring single.

“Coming in and scoring two runs right after they tied it gave us the momentum back,” Towne said.

Shepherd doubled off the right field fence in the fifth inning. He came into the game batting .571 with three homers.

Shepherd said he “just couldn’t find it” on the mound, but he settled in and threw well in the fourth and fifth innings. His pitch-count was high enough after five innings that Lankford replaced him with Sawyer Strickland.  Strickland had a very strong, 1-2-3 sixth inning.

Alec Hamilton pitched a brisk seventh inning for the Mustangs and notched his third save of the season.

“We appreciate the chance to play East,” Lankford said. “They let us play in their fall league every year, and we’ve got the utmost respect for the way they do things here.”

East Rowan hosts North Rowan tonight at 7. The Stallions will play Central Cabarrus in an early game today at 1 o’clock.