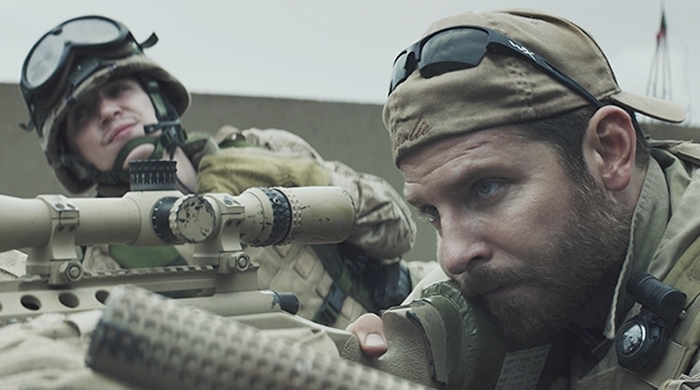 Bradley Cooper does a fantastic job in “American Sniper” portraying the life of a U.S. Navy SEAL sniper, based on recollections of the life of Chris Kyle. The brutality of war and the job of killing, though bothersome to some, depicts what war is truly all about — death and destruction towards an end which is often unclear.

Having worked in the VA and for veterans, one often is confronted by those who have been taught to kill with unclear parameters of how to put one’s life back together when the killing is done. The film also does a decent job in depicting how families may be impacted by this work.

Citizens need to know what is at stake when they send their loved ones, including their sons and daughters, off to fight.

It was the scene of amputated heads stacked on shelves by reported Islamic extremist groups which was most bothersome. If this was known as alluded to before Osama Bin Laden was captured, why are people so shocked now by the revelation of this savagery?

The bigger question and problem is how do you effectively respond to terrorists who don’t necessarily reflect a nation but are fulfilling a philosophical itch which can only be scratched by a blood sacrifice?

When I watch solicitations for the Wounded Warriors program, I question why the V.A. isn’t delivering these services to wounded military personnel. That is their purpose, with a mission obligation to those who have borne the burdens of war per Abraham Lincoln.

The most disturbing thing about the “American Sniper” film was that it was made at all. You don’t broadcast to possible enemy combatants what you have done. Given the skills of this one man, such revelations put his family at risk.

Those who have taken an oath to serve in classified positions for this nation — including spy agencies, the SEALS, the Special Forces and many special operations which may never be known — pledge their lives to protect and defend the United States without revealing that which may have been done. For their service we are grateful but must appreciate the costs involved both to liberty and personal constitutional freedoms.

Fisher is a retired physician and current N.C. Republican National Committeewoman. Contact her at DrFisher@DrAdaMFisher.org.