Bernard Harris — Not “all about that bass” 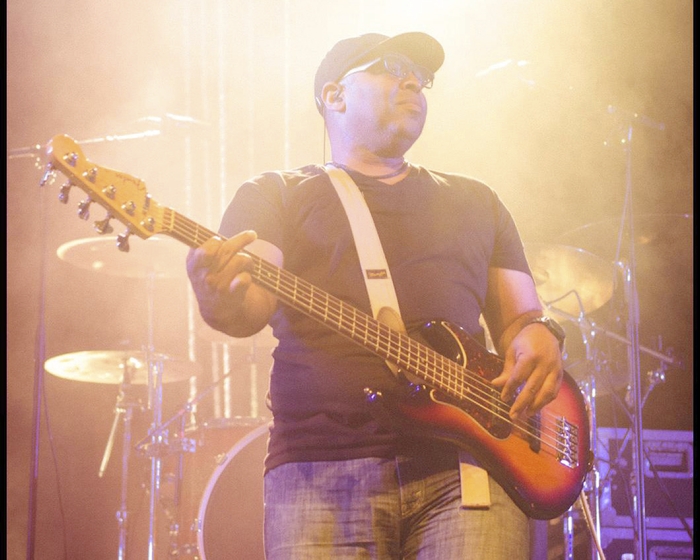 Bernard Harris plays the bass in his signature 'upside down' style. He will play at The Inn on Saturday. Submitted photo

Bass player Bernard Harris is not “all about that bass.” But you wouldn’t know it from hearing him play. He can mesmerize an audience with his funky and soulful instrumental solos on bass guitar. Most bassists function strictly as background players, using their instrument to keep rhythm and beat. Harris takes the bass guitar to an entirely different level, using it to create melody, and in the process praising God with his marvelous talents.

When left-handed Harris first began to play, he learned upside down on a right-handed bass, and after discovering he was playing incorrectly, rather than starting over, decided to continue with this uniquely different playing style. And so he plays upside down, even to this day.

Hearing Harris play conjures up images of other great bass players such as Abe Laboriel and Stanley Clarke, who often use their instruments in creative jams and extended solos. Though he has influences and stylistic similarities, Harris brings his own individuality and creative juices to his recordings and live performances.

Harris has toured internationally through Europe and Australia, and performed with other artists such as Aaron Neville, Amy Grant, Phil Keaggy and Tommy Emmanuel. In the fall of 2014, he joined forces with popular artists Mandisa and TobyMac for a tour across America. In the last six months, he performed with Mandisa on Good Morning America and was a part of her Grammy award-winning album “Overcomer.” He also contributed to the movie soundtrack for the 2006 film “Madea’s Family Reunion” with actor/director Tyler Perry.

Even with all of these successful achievements and experiences, Harris enjoys sharing his musical talent as a gift from God with his audiences. He realizes and appreciates that there is more to it all than just the music. There is a message behind the song, and he is the humble messenger to bring this hope across in his concerts.

Harris enjoys playing in an intimate and personal environment, and this will be truer than ever this coming Saturday, April 4, when he comes to Salisbury to play with his Jam Band at The Inn, a musical venue on Mooresville Road, just off of Jake Alexander Boulevard. Billed as a “full band jam session,” he will bring a group of Nashville session musicians with him, along with bandmates Marvin Mumford (guitar) and Charles Walker (sax).

If you enjoy jazz or funk, new and creative arrangements of popular tunes, and full-on jamming, then you probably will want to experience this night of creative music. But just remember — it won’t just be “all about that bass.”