Work by Dr. Gary Freeze was 25 years in the making 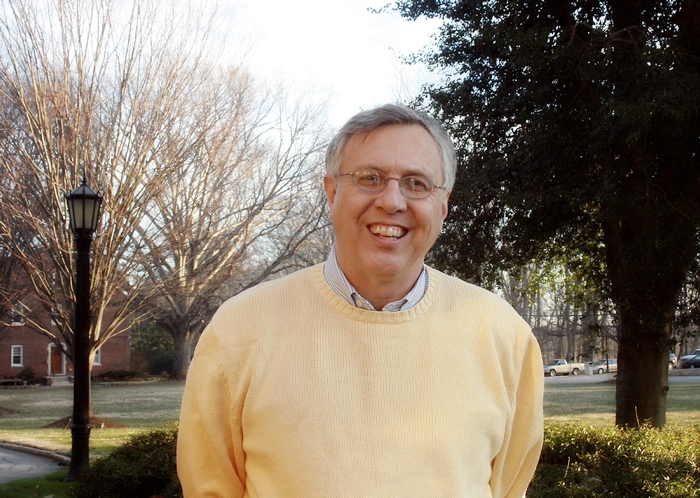 Historian Dr. Gary Freeze has recently completed the third and final volume about the history of Catawba County.

Before he was even employed by Catawba College, historian Gary Freeze was commissioned by Catawba County to write the chronicle of that county’s history. This year, he’s putting the finishing touches on the third, and final volume of the series, which covers the period from 1947-1992.

Freeze, a professor of history at Catawba, earned his Ph.D. at UNC Chapel Hill and at one point worked as the teaching assistant to Bill Powell, the imminent state historian. Powell had been Catawba County’s first choice to pen its history, but he was unavailable, so Powell recommended Freeze for the job.

The project, “The Catawbans,” was begun in the summer of 1989, the same summer Freeze took his first academic position at Erskine College in South Carolina. The idea from the beginning was to bring to the genre of county history, popular across the country in the first half of the 20th century, two innovations:

ν The use of current methods in social history which looked more closely at original documents like deeds and data-like tax lists. “I did just that,” Freeze recalled. “I looked at every scrap of paper in every library and archive in the county, and in Chapel Hill, Duke, and the State Archives in Raleigh.”

ν A more inclusive approach, meaning that the subject matter would “go beyond the usual depiction of heroic white elites and focus, as well, on the roles of people from up and down the social and economic ladder.”

Therefore, “the project from the start was to tell the saga of the people in the county; that’s why we call it The Catawbans. They were, and are, a community as much as a county, more a culture than arbitrary construction.”

Skip forward almost a quarter of a century to today and Freeze is just putting the finishing touches on the third, and final, volume of the series which covers 1947-1992. The first book, “The Catawbans: Crafters of a North Carolina County,” sold thousands of copies and won national awards when it was published in 1995. The second, “The Catawbans: Pioneers in Progress,” a chronicle of the history of Catawba County from the early 1900s up to the end of World War II, was published to rave reviews in 2003. Expectations for the third volume are high.

Freeze took a sabbatical from his teaching obligations at Catawba during the 2013-2014 academic year to complete the third book.

Although the third volume is complete, it is not yet published. Freeze anticipates that should occur before the end of the 2015 calendar year and advises his readers to “stay tuned.”

Not too many professional historians take the time to focus such a large part of their career on local history. That is an area typically dominated by local, amateur historians. As a result, Hickory’s Sidney Halma is one of the many who praises Freeze’s work, saying “Gary has done an excellent job. They’re very readable and written in a popular style so people can understand.”

People have criticized Freeze for using far too many details in his book, but he simply thinks it coincides with his storytelling approach by making the narrative more readable and allowing the reader to really become interested in the story being told.

Freeze explained that one of the things he loves most about the book is that “it’s like the truth about a small place in America that helps us understand the rest of America.”

The project also had a bearing on how he came to teach at Catawba College. Besides returning closer to his field of research, and to his parents in Troutman, who needed his attention as they aged, Freeze also got to pursue local heritage in Rowan County when he joined the Catawba College faculty in 1994.

Fred Corriher, then Catawba College’s president, wanted Freeze to be a presence in the area, to make the college more of a player in the interpretation of the rich past of Rowan County.

Thanks to Corriher’s desire, Freeze has technically carried the title of director of the Local Heritage Institute, which he uses in consulting with various historical groups across the Piedmont, since he arrived on Catawba’s campus.

As a result of his excellent networking, Freeze has been extremely helpful in assisting some of Catawba’s history majors acquire important internship experiences with regional historical organizations.

Mark Freeze is a student at Catawba College.