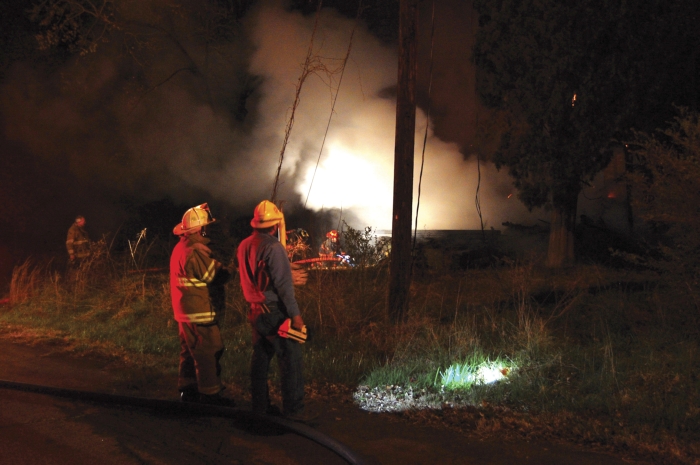 Firefighters put out a fire that destroyed an abandoned builing in East Spencer Friday night.

EAST SPENCER — A fire destroyed an abandon building near the railroad tracks on Friday night.

Shortly before 9 p.m., firefighters responded to a fire on Railroad Avenue between Torbush and Earnhardt streets. The building was fully engulfed when the first truck arrived, according to Deputy Chief Marshall Moore with the East Spencer Fire Department.

Moore said the structure had been abandoned for a long time and that it barely had a roof. He said it’s unlikely anybody was inside the building when the fire started.

He said the cause of the fire was unknown and they’d have to let the site cool down before investigating.

The building, located on the other side of the railroad tracks from the N.C. Transportation Museum, was reduced to a burning rubble.

Firefighters from East Spencer, Salisbury and Millers Ferry all responded to the call.