College basketball: A season of what if for Heels 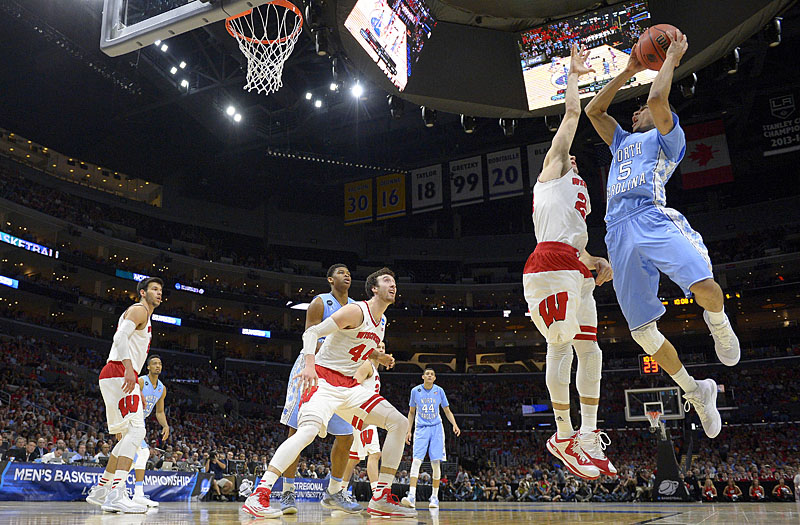 At times this season, North Carolina looked like a team that could battle with, and even beat, just about anybody.

At others, the Tar Heels were prone to concentration lapses, wavering intensity and turnovers at critical times.

It’s why the season that ended with Thursday’s loss to Wisconsin was such a mixed bag.

The Tar Heels (26-12) made a late-season run to the Atlantic Coast Conference Tournament final and their first appearance in the NCAA Tournament’s round of 16 since 2012, but there’s also the feeling that they could’ve accomplished more.

“You only get four cracks at it,” junior guard Marcus Paige said after the loss to the Badgers in Los Angeles. “Obviously it hurts right now because we’re such a close group of guys. But for the guys that do get to come back next year, we’re going to try to come together even more as a team and try to execute better and make something special out of it.”

The Tar Heels opened with a top-10 ranking and were picked to finish second in the ACC, but their 12 losses were the most for the program in five years. Paige was a preseason pick as Associated Press all-American and ACC player of the year, but had a slow start followed by a troublesome lingering foot injury. And coach Roy Williams spent much of the year practically begging his team to play with more consistent intensity and toughness.

The Tar Heels responded late in the year — around the time Paige got healthier — and upset Louisville and Virginia in the ACC Tournament before earning a No. 4 seed in the NCAA West Region.

But the Sweet 16 loss to Wisconsin repeated a familiar pattern: the Tar Heels being unable to maintain control against a highly ranked team after building a second-half lead.

The 79-72 loss marked the fifth time the Tar Heels had lost a game after leading by at least seven in the second half. Two came against rival Duke, while all five came against teams seeded fourth or better in the NCAAs.

Paige said the Tar Heels are “so close to being an elite team.”

“People were probably looking past us and saying these guys aren’t tough enough, but we are tough enough — we proved that to everybody,” all-ACC junior Brice Johnson said. “You can’t tell me we weren’t tough enough. We had the No. 1 (seed) on the ropes. They just made a few more plays at the end. I’m proud of these guys.”

It was a difficult year for Williams, who entered the season facing questions of what he knew about the school’s long-running academic fraud scandal that has reached into its athletic programs and led to a reopened NCAA investigation. He lost close friend Ted Seagroves to cancer in December, then lost mentor and retired Tar Heels Hall of Fame coach Dean Smith two months later after years of failing health.

“Man oh man, are they the kind of kids I like to be around,” Williams said. “It has been a lot of stuff going on this year, but they helped me. I wish I had helped them more myself.”

Assuming there are no defections, the Tar Heels should return a veteran team led by a senior class of Paige, Johnson, J.P. Tokoto and Joel James atop a virtually identical roster.

But it’s unclear whether next year’s Tar Heels will take a big step forward, particularly in mastering the little things — a boxout here, a better outlet pass there — that eluded them this year.

It’s also unclear what kind of impact the ongoing NCAA probe could have. Williams has said several top-tier recruits have passed on even making a campus visit amid the uncertainty.

UNC will add Luke Maye, a three-star in-state forward, to a veteran mix that Williams hopes builds on this year’s up-and-down experience.

“If we can take care of those little lapses,” Williams said, “then we’ve got a chance to be one of those teams that has a chance to talk about winning the whole thing.”