After 50 years, Dan Truhitte still hears ‘The Sound of Music’ 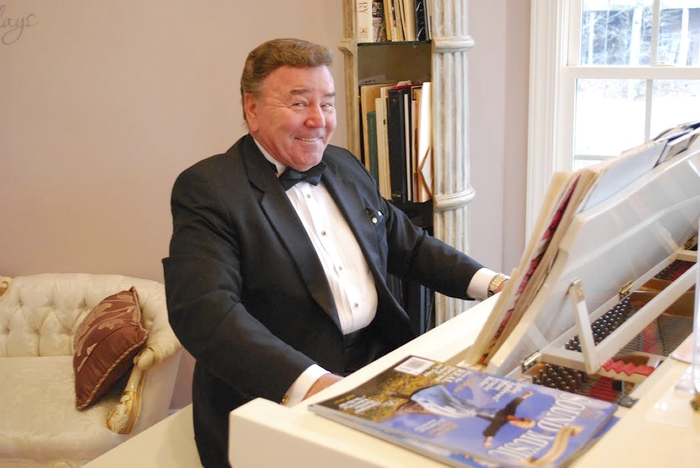 Performer Daniel Truhitte, widely known for his role as 'Rolf' in 'The Sound of Music,' plays the baby grand piano at his home in Concord. ''The Sound of Music' is a part of me, through all the years that I've lived,' says Dan. On Saturday evening, Dan will perform as a special guest at Lee Street Theater, as part of a fundraiser for the North Carolina Theatre Conference. Elizabeth Roy/For the Salisbury Post

CONCORD — A familiar face to all “The Sound of Music” fans, Daniel Truhitte is the actor and stage performer who sang and danced “Sixteen Going on Seventeen,” and blew the whistle on the von Trapp family as they fled to Switzerland at the end of the movie.

If you are picturing a handsome, blonde character named Rolf, then you yourself may be a “Sound of Music” enthusiast. Dan, then just 20 years old, played the role of Rolf in the 1965 movie, alongside Julie Andrews and Christopher Plummer.

“’The Sound of Music’ is a part of me, through all the years that I’ve lived,” says Dan, now 71, of the film that grossed an adjusted $2.36 billion in today’s dollars, and this month celebrates its 50th anniversary.

“It’s incredible how the movie relates to so many of us over the years,” says Dan, who now lives in Concord.

For many people, “The Sound of Music” brings back a tide of memories, everything from where they first saw the movie in theater, to singing “Edelweiss” and “Do-Re-Mi” first as children and, later, with their own children and grandchildren.

For Dan, the memories are of his experiences as a cast member and the making of the film. And they are still as fresh as they were a half-century ago, Dan says.

“Magic was happening constantly in the making of this film,” says Dan.

Even before he stepped foot on the movie set, the magic began for Dan when he secured – against unbelievable odds – the role of Rolf.

A trained performer in dance, voice and acting who began his education in performance at the young age of 6, Dan was excited to learn of the auditions for the part of Rolf. Dan had confidence that his stage experience and versatility would make him a contender for the role.

“But when I got to the lot to audition, there were about 500 young men in a long line, all with blonde hair,” recalls Dan. “They were running 10 seconds on camera per audition, and I never heard from them again.”

As luck would have it though, Dan’s agent bumped into Pamela Denova, dialect coach for the movie, at a party. The entire film had been cast, she said – and filming was already underway – but an actor for the role of Rolf had still not been found.

Rolf’s role was particularly challenging, Dan explains, because of the drastic change that the character undergoes, from a youthful innocent to a hardened yet conflicted Nazi soldier. A successful acting of one of the final scenes – the one where Rolf blows the whistle on the von Trapps in the crypt – was most critical, to convey the fear and anxiety of the time.

“It was hard to find someone who could sing and dance, and believably act the crypt scene,” says Dan, who impressed the directors at the audition and secured his place in film history.

“Literally we worked backwards,” says Dan. First he filmed the crypt scene, and last was the gazebo scene. “I wondered how these pieces were going to come together, but they did.”

Working with Julie Andrews was one of the highlights of the experience, Dan says. Dan had been nervous to meet her, and had even rehearsed how he would introduce himself, but Julie beat him to the introduction. At Dan’s first daily production meeting, she turned around and said, “You must be Daniel Truhitte. … I look forward to working with you,” Dan recalls.

“And I’ve loved her ever since,” Dan says.

The entire cast was like one big happy family, Dan says. “We were so glad to be a part of it all.”

Afterwards, Dan enlisted in the United States Marine Corps, where he served six months of active duty and then five years in the reserve. The pre-World War II setting of “The Sound of Music” was partial inspiration for his enlisting. Also influential were Dan’s early childhood memories of the war, and the strong sense of American pride that remained after the war.

“I was probably only 2 years old, and I remember the whole sky was full of bombers and fighter planes on a big tribute to our victory in Germany,” says Dan. “There was such a pride, I can’t tell you how proud America was in those days.”

Dan’s patriotism has remained strong through the years, as has his passion for the stage. In fact, Dan has continued his career in performance and today is the only cast member of “The Sound of Music” still performing musically.

In the years after Dan finished his active military service, the nightclub scene was all the rage. Dan played the part of Gene Kelly at the MGM Grand in Las Vegas, and partnered and collaborated with many famous performers, from Judy Garland to Eleanor Powell to Frank Sinatra and The Rat Pack.

More recently, Dan performed at Carnegie Hall in 2013, has played Captain von Trapp in numerous “Sound of Music” productions, and will perform at Lee Street Theatre on Saturday evening as a special guest in a North Carolina Theatre Conference fundraiser. Dan welcomes emails with questions or with inquiries on potential performances, and can be reached at danieltruhitte@aol.com.

Dan also gives voice lessons from his home in Concord. He takes no more than 15 students at a time, and finds his students entirely by word of mouth.

With his six children combined between Dan and his wife, Tarealia, and with six grandchildren and another on the way, Dan has a full family life on top of his stage commitments. But he finds time for all of it.

“As long as I’m feeling like I’m feeling and I’m youthful, I’m going to keep on going. I have no reason to slow down,” says Dan.

It feels like just yesterday that he was a cast member in “The Sound of Music,” Dan says, but yet so much has happened since Dan danced and sang the gazebo scene in the rain.

“I am fortunate and it seems like a dream at times,” says Dan. “But I have been, and I have done things.”