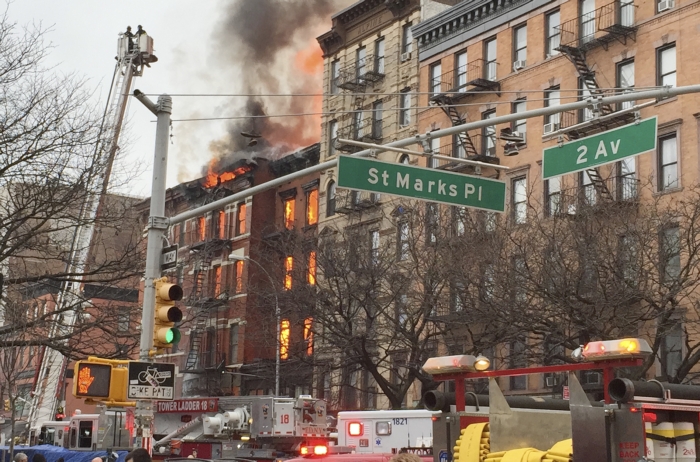 New York City firefighters work the scene of a large fire and a partial building collapse in the East Village neighborhood of New York on Thursday, March 26, 2015. Orange flames and black smoke are billowing from the facade and roof of the building near several New York University buildings. (AP Photo/Suzanne Mitchell)

1. HOW PILOT SCREENING CAN FALL THROUGH CRACKS

Despite regulations requiring that commercial aviators be checked for mental health problems, experts say the program is not effective.

The GOP-dominated Congress is now positioned for months of battling Obama over Republican goals of slicing spending and dismantling his health care law.

3. WHAT INSPECTORS FOUND BEFORE NYC BLAST

An hour before an apparent gas explosion razed a Manhattan apartment building, utility company inspectors decided the work being done there was faulty.

Scientists have discovered creatures even in places that haven’t been exposed to sunlight for 15 million years.

But there is resistance to creating such a military alliance — that would intervene aggressively in regional hotspots — among some countries, particularly allies of Iran like Syria and Iraq.

Federal advisers say the U.S. should exploit its trove of oil in the Arctic waters off of Alaska, or risk a renewed reliance on imports.

7. NO MURDER CHARGE FOR WOMAN ACCUSED OF CUTTING BABY FROM WOMB

But prosecutors have not explained the decision or disclosed what charges the Coloradan will face.

8. WHO WILL TESTIFY NEXT IN HERNANDEZ CASE

The fiancee of the former New England Patriots player, who has been granted immunity, will be summoned for questioning in his murder trial.

9. FROM NEW LOGOS TO NEW COKE: WHEN CORPORATIONS ERR

In its “Race Together” campaign, Starbucks was not alone in making a corporate blunder, AP’s Mae Anderson finds.

The Wildcats brush off bold upset talk from West Virginia to rout the Mountaineers 78-39 and advance to the Elite Eight where they will play Notre Dame.