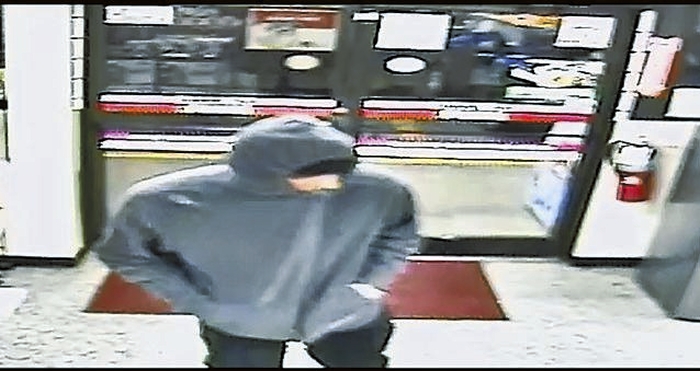 Spencer Police are looking for this man who was involved in an armed robbery Saturday morning at the Kangaroo convenience store. Submitted photo

The armed robbery occurred at 4 a.m. at the store, 300 S. Salisbury Ave. Police said two black males, one of whom displayed a handgun, were seen leaving the store on foot.

In the photos, one man is seen wearing a gray hooded sweatshirt and dark colored pants. He walked into the store with both hands in his pockets. The other suspect was wearing a dark in color jacket and a hat on his head. No further specific descriptions are available.

Police said the cashier was emotionally shaken, but not harmed.