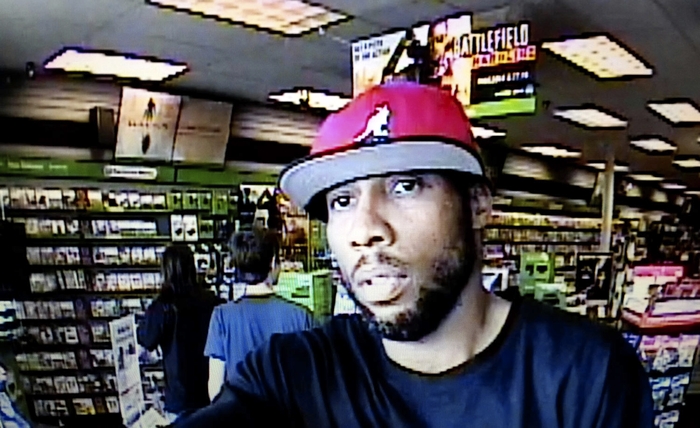 Submitted photo This man is being sought in connection with a robbery at Gamestop on Faith Road.

Salisbury Police are looking to identify this person in reference to a common law robbery which occurred on March 11 around 2:30 p.m. at the Gamestop  store at 215 Faith Road.

The male subject  entered the store  and asked to see a game box console.  The clerk showed it to him and he attempted to take it from her. She put it back behind the counter and as she was doing so he came around the counter and took the box from her.  He told her  “I don’t want to put my hands on you , but I’ll kill you if I have to.” The suspect took the box and left the store.

Anyone with information about the identity of this suspect is encouraged to call the Salisbury Police Department at 704-638-5333 or Crime Stoppers at 1-866-639-5245. These calls can be made anonymously.