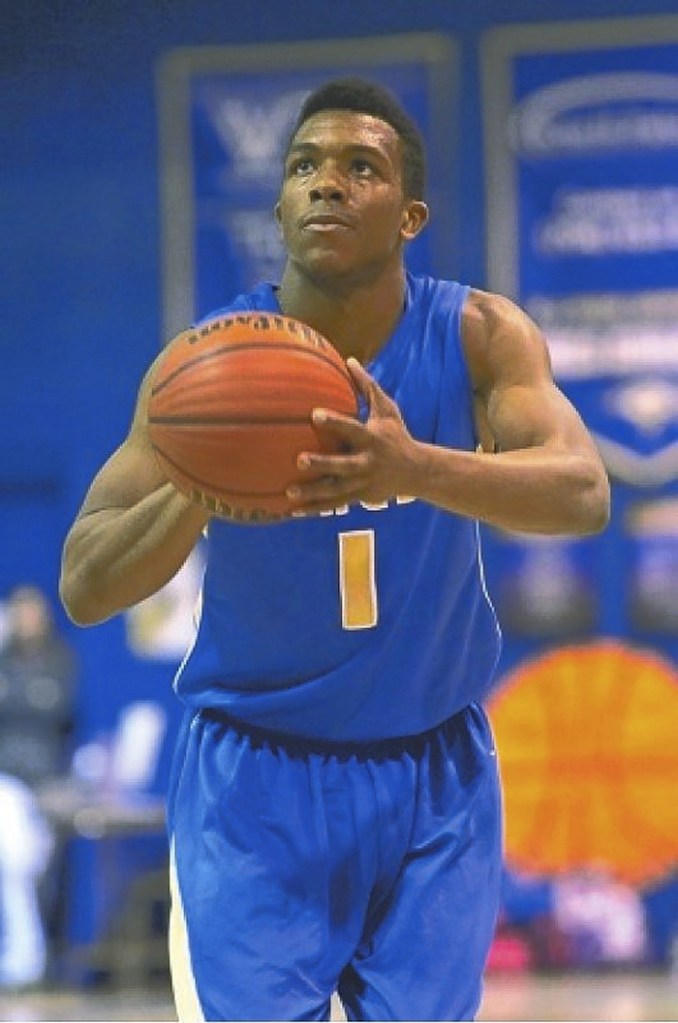 SALISBURY —  The first time they went bowling, Leonard Murdock put a smile on the face of his friend and teammate Chris Taylor.

“Leonard was really terrible,” Taylor said with a laugh. “It was kind of nice to find something he wasn’t great at. But then the second time we went bowling, Leonard is throwing nothing but strikes. Leonard is just an amazing athlete. He’s the most, raw, athletic kid I’ve ever met.”

Murdock and Taylor are seniors at Salisbury’s North Hills Christian School, a private school that educates about 320 students from pre-kindergarten through 12th grade. North Hills expects to graduate a senior class of 14 this spring.

But even with those tiny numbers, the Eagles, coached by former East Rowan star Butch Lewis, fielded a championship basketball team that finished 20-9. The biggest reasons for the Eagles’ success were the 5-foot-11 Murdock and the 6-1 Taylor. Both averaged better than 20 points per game and both hope to play in college.

Murdock was presented with a plaque and game ball, and turned them over to his mother, Joyce, for safe-keeping with a two-word speech —  ‘Thank you.”

Murdock finished his four-year career with 1,472 points. Taylor, a 1,000-point scorer in  his own right, played three years for North Hills. Had he played four, he would’ve been right there with Murdock.

Taylor’s family came from Oklahoma and had stops in Denver, N.C., and Mooresville, before arriving in Salisbury.

Murdock was born in Kansas. Then his family moved to Kannapolis.

“I was 12 when we came to Salisbury from Kannapolis,” Murdock said. “My mother liked North Hills. She wanted me to go to a Christian school with a good environment.”

Murdock has proven to be exceptional in  baseball and soccer and he’s a receiver for the North Hills flag football team, but it’s basketball that has always owned his heart.

“When I was kid, I even had a basketball pillow,” Murdock said.

The rangy Taylor, who has long arms and large hands, would appear to have an advantage on Murdock in their one-on-one dunk contests, but according to eyewitnesses, the results usually favor Murdock.

“I was just hitting all my 3s that night,” Murdock said.

Murdock frequently was a high-percentage option. He was 12-for-16 against Challenger, 8-for-9 against Grace Academy and 8-for-10 against Cramerton Christian.

Murdock is quiet and modest, while Taylor is talkative and funny. On the court, the odd couple formed a formidable duo.

Taylor was needed as a rebounder by North Hills and played inside, but in that Pennsylvania event, he showed his versatility by winning a point guard skills competition.