Keeping the public in public notices 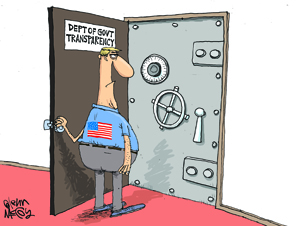 When was the last time you searched the Internet for some good public notices?

Probably never. But readers of this newspaper and many others in the state are accustomed to seeing public notices on our pages on a regular basis. The paid notices serve a crucial function, which is to inform the public about rezoning hearings, economic development incentives and other government proposals. The notices alert citizens so they can weigh in on issues before a final decision is made, reather than when it’s too late. These notices are transparency in action.

However, the N.C. League of Municipalities and the N.C. Association of County Commissioners have attempted for several years to end that practice. They have pushed legislation that would allow local governments to satisfy public notice requirements simply by posting notices on their own websites. Period.

The House Judiciary II Committee will consider a bill Wednesday that could bring this ongoing debate to an end. Senate Bill 129/House Bill 156 would uphold the requirement to have public notices posted in newspapers, and go a couple of steps better. The proposal includes a price break on notices that must run more than once, and it would require that the notices appear on newspaper websites at no additional charge.

As an editorial in the Hendersonville Lightning put it: “Best of all, the measure protects the rights of all North Carolinians to know what the government is doing — whether it’s spending tax money to attract industry, closing a road, rezoning property or selling public land.”

The editorial was praising state Sen. Tom Apodaca, a Republican from Hendersonville for signing on as a primary sponsor. A senator representing Rowan County, Republican Tom McInnis of Rockingham, has also signed  on to the bill, modeled after a bill the Florida legislature enacted in 2012.

The North Carolina Press Association. of which the Post is a member, has been advocating for this compromise measure for two years. If lawmakers’ goal is to have public notice information reach as many citizens as possible, there’s no question more people would come across a notice while they’re perusing the paper and its website than would regularly visit a government website and happen upon it.

Thank you to Apodaca, McInnis and others who support this important legislation. They are protecting the people’s fundamental right to know.