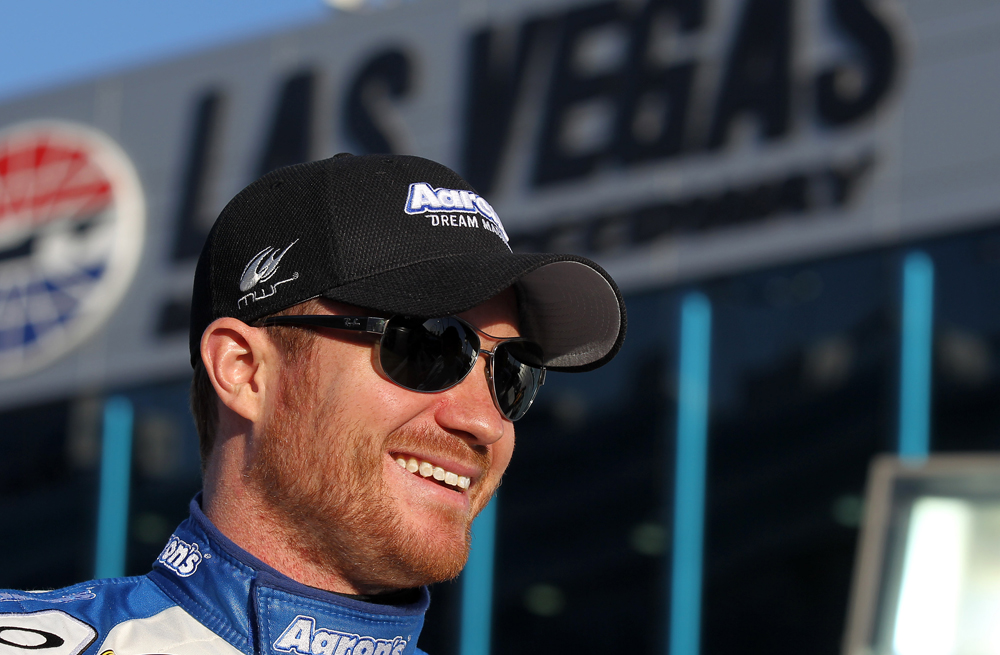 The Associated Press Brian Vickers prepares for qualifying March 6 for the Sprint Cup race in Las Vegas. Vickers will be out indefinitely as he battles health issues realted to blood clots.

FONTANA, Calif. (AP) — Brian Vickers has been sidelined again by blood clots that prevent him from safely driving a race car.

“We support Brian,” said Michael Waltrip, the team founder and co-owner. “We love his heart. We love who he is.”

The 31-year-old driver must go back on blood-thinning medication, which makes it too dangerous to race. If Vickers got injured in the car, any bleeding would be difficult or impossible to stop.

“He’s in the care of his doctors and expects to be able to operate normally today,” Waltrip said. “That’s really all the information I have on what his current state is, other than he feels really good and he’s really sad.

“If he wasn’t a race car driver, you wouldn’t know there was an issue. He would be on blood thinners, but he has to be off them to drive the car, and that hasn’t worked out.”

Waltrip and Vickers were in New Orleans together on Wednesday for a sponsor event before traveling Thursday to the Los Angeles area. MWR general manager Ty Norris learned of Vickers’ condition early Friday morning.

“He’s getting the right treatment,” Norris said. “As a human being, he’ll be fine moving forward, and that’s the most important thing.”

Norris declined to say where Vickers’ blood clots were located. Waltrip’s team has only preliminary information about Vickers’ condition, but the driver is in the care of doctors in Los Angeles.

Moffitt will return to the No. 55 Toyota this weekend after driving it to an impressive eighth-place finish at Atlanta.

Waltrip said the team has no idea how long Vickers will be sidelined, but the 22-year-old Moffitt will drive the car “for the foreseeable future.”

Although Vickers has been sidelined by medical issues for the fourth time in his NASCAR tenure, Waltrip wouldn’t speculate on whether Vickers’ racing career is over.

“He would not say that, and therefore I can’t say that,” Waltrip said. “I guarantee you he would tell you he’ll be back.”

Vickers missed the first two races of this year following offseason heart surgery to repair a patch on a hole in his heart that his body was rejecting. The heart issue was first discovered in 2010 when Vickers was sidelined with his first bout with blood clots.

The blood clots caused Vickers to miss the final five races of the 2013 season because he was placed on blood thinners to treat a clot in his right calf. He also missed 25 races during the 2010 season because of clots in his legs and lungs.

“Feel so bad for my teammate @BrianLVickers,” Clint Bowyer wrote on his Twitter account. “He’s fought so hard to be back in this sport and now sidelined again.”

After his December heart surgery kept him out of the car for two weeks, Vickers returned to racing two weeks ago. He was 15th at Las Vegas in his return, but was involved in a crash on the first lap at Phoenix last week and finished 41st.

“Thankfully, because I recognized the signs and symptoms, the doctors caught this early and I’m going to be OK,” Vickers said in a statement.

“I had finished my treatment for the clot I had in my leg back in 2013 and I haven’t needed to be on a blood thinner for a clot in my leg or lung since. Now I won’t be able to race because I’ll need to be back on a blood thinner. I’m going to follow doctors’ orders and do everything I need to do to get well.”

Vickers also noted that his latest setback is occurring during “Blood Clot Awareness Month.” He was scheduled to help promote the issue at Fontana with Janssen Pharmaceuticals, one of his partners. He called the chance to raise awareness about the issue a “silver lining.”

Moffitt had been scheduled to drive this weekend for Front Row Motorsports, a ride he landed after his impressive stint for Vickers at Atlanta. Front Row needed a driver to step in for David Ragan, who is replacing the injured Kyle Busch at Joe Gibbs Racing.

Moffitt was 37th at Las Vegas and 32nd at Phoenix for Front Row. The MWR development driver was using the Front Row opportunity to get seat time.

Chris Buescher will take over for Moffitt at Fontana, making his Sprint Cup Series debut in Front Row’s No. 34 Ford.