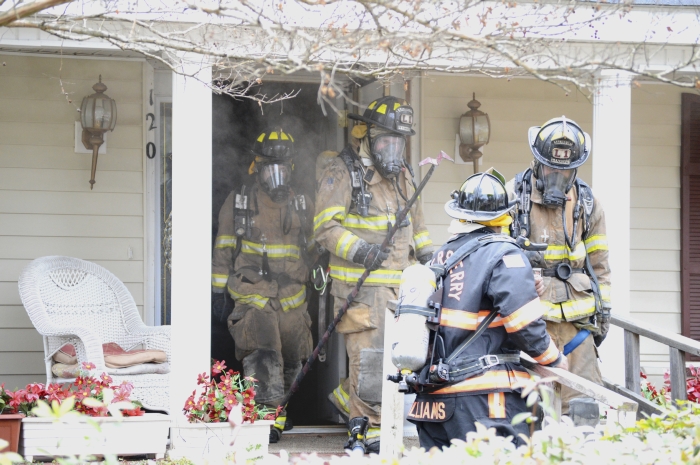 Josh Bergeron / Salisbury Post - Fire fighters exit an East Spencer home that caught fire Wednesday. No one was hurt in the fire. The family living in the home will be displaced because of the blaze, according to East Spencer Deputy Fire Chief Marshall Moore.

East Spencer resident Margaret Cooper found it hard to gather her thoughts Wednesday after a fire damaged the back portion of her house, forcing the power to be turned off and her family to leave the place they’ve called home for over 10 years.

Margaret and her husband Clinton moved to East Spencer from Buffalo, N.Y. Their East Division Avenue house in East Spencer was supposed to be a place to settle down and relax.

“As you get older, you think about settling down and living at a slower pace,” she said. “You want to be with your grandchildren. In our last days, it’s good to stay committed and, you know, just spend time with each other.”

When the fire started, Margaret was in her bedroom feeding her daughter’s three-month-old baby. Her son, who was playing video games in the rear portion of the house, rushed into the room and said a fire had started in the backyard. Margaret said her son tried to put out the backyard fire, but it eventually spread to into the house.

“I just couldn’t think,” she said. “I was just worried about getting the baby. I have had a stroke too, so it was kind of hard for me to move, but I had him though.”

As Margaret talked about her grandchild, she thought about her daughter.

“She had just come out of the hospital, but she had to have surgery again today,” Margaret said, talking about her daughter. “I’m glad I got the baby out of the smoke. There’s no doubt about it.”

The Cooper family sat across the street, at a neighbors house, as firefighters put out the blaze. At least seven different agencies responded, including the East Spencer, Salisbury, Miller’s Ferry, Spencer, Ellis Cross Country and Union Fire Departments. The Rowan County Rescue Squad also responded to the blaze.

Fire Inspector Deborah Horne late Wednesday afternoon said the cause of the fire remained undetermined. She described the damage as moderate and confined mostly to the rear of the house.

Margaret pondered whether a pedestrian walking through their house’s backyard might have dropped a cigarette, causing the fire.

“It just puzzles me,” she said. “If that’s what it is, why would someone do that?”

No one was injured in the fire, said East Spencer Deputy Fire Chief Marshall Moore.

The Elizabeth Dole Chapter of the Red Cross arranged hotel space in Salisbury for the family, but the future of the Cooper family’s house is uncertain.

Moore said the house is salvageable, but Margaret said she hasn’t been able to think thoroughly enough about how to make the needed repairs.

“I just need a day or two to get my mind together,” she said. 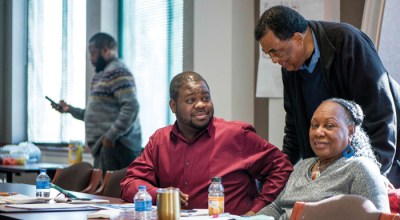 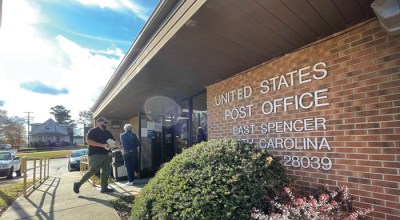