Around the Track: Ganassi surging so far in 2015 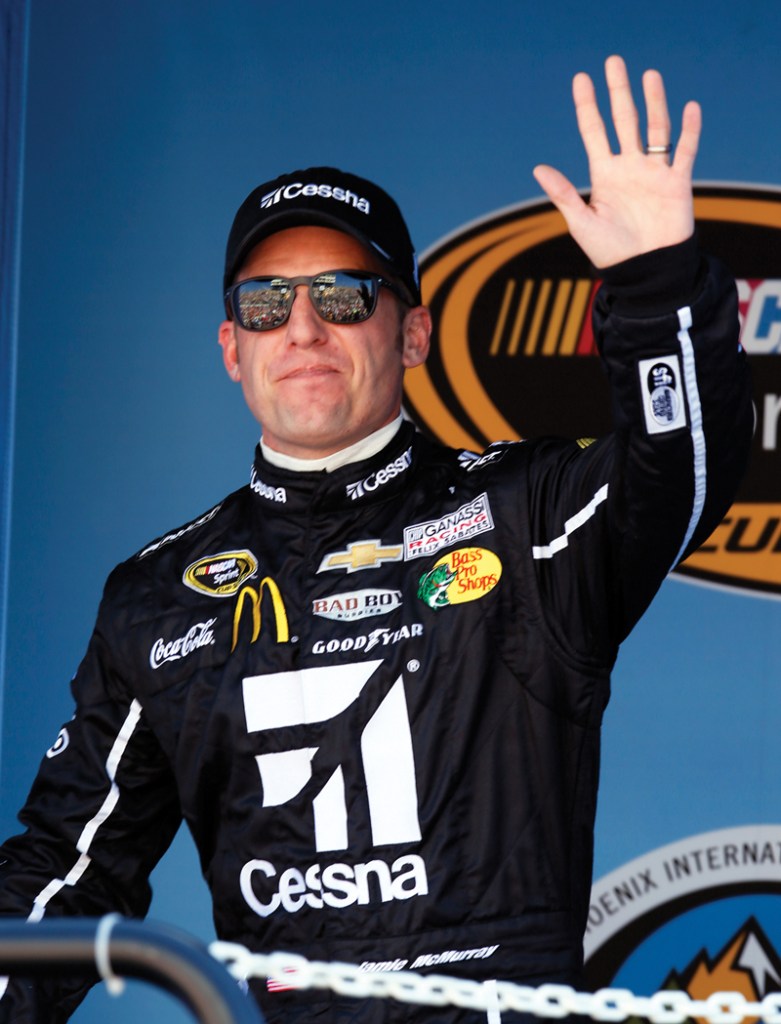 CHARLOTTE, N.C. (AP) — Jamie McMurray thought he had a shot at winning the pole two weeks ago in Las Vegas until a bobble on his lap ended his chance.

He looked at the scoring tower and, for a moment, teammate Kyle Larson was in first.

“I thought to myself, ‘Well, at least one of us got it,’” McMurray said Wednesday. “I was going to go down there and tell him ‘Great job. Awesome.’ And even though he didn’t get the pole in the end, you can’t hide that feeling. You can’t hide when you are happy that someone else has done well.”

It’s that very cooperation and teamwork that has Chip Ganassi Racing off to a solid start through the first month of the NASCAR season.

McMurray finished second last week at Phoenix, where he had an opportunity on a final restart to snatch the win away from Kevin Harvick. It would have been a steal after the way Harvick dominated, so McMurray was satisfied with second.

It followed an 11th-place finish the week before in Las Vegas.

Larson, meanwhile, has put together back-to-back top-10 finishes, and both drivers have advanced into the final round of qualifying in the last three races.

In their second season working together, McMurray believes the absence of a professional rivalry has helped the Chip Ganassi Racing team grow into consistent weekly contenders.

“Kyle and I get along exceptionally well. There’s no jealousy. Egos and jealousy, to me, are what destroys teammates,” McMurray said. “When you don’t want to see the other guy do well, and are bitter when they do, it’s really hard to share everything. But Kyle and I, both of our personalities, we’re pretty laid-back, and even though we both want to beat each other, we are genuinely happy when we do well.

“I just look at Penske, how Brad (Keselowski) wanted Joey (Logano) and felt he and Joey together could build something; that’s where we needed to be as a two-car team.”

McMurray got a jolt when crew chief Keith Rodden returned to Hendrick Motorsports after just one season. Rodden was replaced by Matt McCall, the lead engineer for Ryan Newman last season, and he and McMurray have bonded quickly.

He’s been among the fastest on the track when the teams unload each week.

How good does McMurray feel about where the Ganassi organization is right now?

“I’ve never been able to unload and be one of the fastest three cars on the track,” McMurray said. “But now we are, and it’s stuff like what the (No.) 4 car did last year. Every week, they were among the fastest. It’s a feeling like no other, because you feel like you belong and you have this opportunity to go out and win a bunch of races. It’s the only reason you are here.”

INDYCAR-AERO KITS: Defending IndyCar Series champion Will Power was fastest at the two-day test this week at Barber Motorsports Park, where the full field tested the new aerodynamic bodywork.

Power, the pole winner at Barber last year, turned a lap during testing this week that was a full second faster than his pole-winning speed in 2014. In all, 21 drivers bettered Power’s pole lap time over the four sessions.

“The aero kits produce so much more downforce and there’s a lot of grip, so the cars are faster everywhere,” Power said. “I would expect to break lap records just about everywhere.”

The high-downforce aero kits, which can be tailored to a driver’s personal style and individual racetrack, are brand new for 2015. In addition to designs that allow Chevrolet and Honda to differentiate from each other, the aero kits are expected to improve the on-track product throughout the season.

ROUSH FENWAY-NCAA TOURNAMENT: Roush Fenway Racing has created an online NCAA Tournament contest that allowed fans to go head-to-head with all seven of its drivers in filling out a bracket.

“I’m a huge basketball fan and I follow college hoops all year long,” said Elliott Sadler, who once played at James Madison University. “March Madness is one of the best times of the year. It seems like every 15 minutes there is another buzzer beater, or a Cinderella team just knocked off a top seed.”