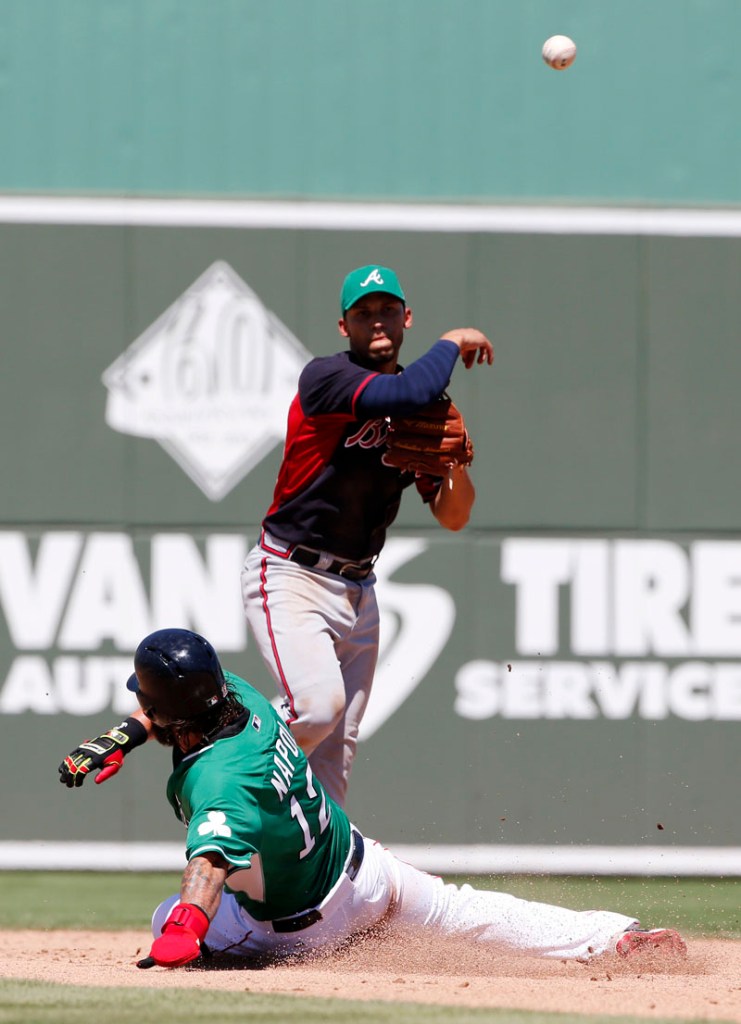 FORT MYERS, Fla. (AP) — Clay Buchholz allowed four runs in four innings, and Boston’s defense committed four of the game’s seven errors in an 11-3 loss by the Red Sox to the Atlanta Braves on Tuesday.

“He threw a couple of pitches up, which they were able to square up,” Red Sox manager John Farrell said. “That was kind of the story of the day. When we missed location they hit the ball hard. I thought Clay threw a number of good curveballs, a number of changeups.”

A throwing error by second baseman Dustin Pedroia led to a pair of unearned runs in the fourth.

“I don’t even know how hard I was throwing,” Buchholz said. “Velocity comes when you’re in a stadium with 45,000 people. I’m more worried about the ball ending up where I wanted it to go. Overall, three of four pitches today were good. Got to target the fastball command and take care of it.”

Mookie Betts was 2 for 3 and raised his batting average to .462.

“I got a couple of good pitches to hit and put good swings on them,” he said. “I came here early to spring training and got in plenty of work.”

Betts is competing with Jackie Bradley, Jr. and Rusney Castillo for playing time in center.

“It’s not a competition where you hate each other,” Betts said. “We all root for each other. We want each other to do well, no matter what. “

Christian Bethancourt had two doubles and scored two runs, and Eric Young Jr. hit a bases-loaded triple in the sixth as Atlanta built a 9-1 lead.

“We hit up and down the lineup,” Atlanta Manager Fredi Gonzalez said. “That’s a good sign. We haven’t done that in a while. So maybe this is the start of getting the offense going a little bit.”

Braves: Gomes, who used to play for the Red Sox, was 0 for 2, was hit by a pitch, walked and scored a run.

Red Sox: OF Rusney Castillo, who has yet to play a game because of an oblique injury, is expected to appear in minor league games starting Wednesday.

Red Sox: RHP Joe Kelly, who left Monday’s game with soreness in the biceps on his throwing arm, felt better. “A little bit of soreness there,” Farrell said. “We’re going to get his arm moving with some light catch. He went through a full workup here today. There’s no imaging.” … C Christian Vazquez has been held out of games for a few days because of elbow soreness. “With almost three remaining in camp don’t want to push this by any means,” Farrell said. … RHP Koji Uehara was scheduled to pitch but was scratched. “He strained his left hamstring running this morning,” Farrell said. “That’s why we held him out. He’s day to day right now.”