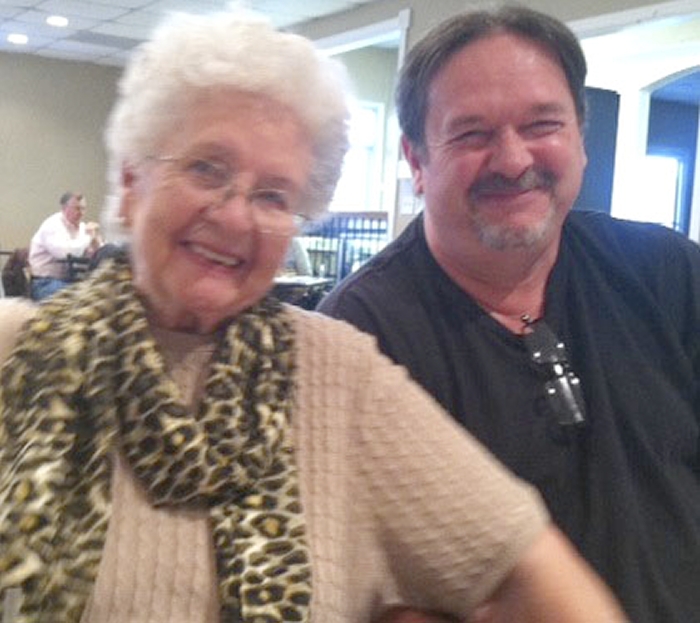 The very thought of this culinary delight takes me back to Grandma Pittman’s house. If I was lucky enough to enter her kitchen when she was cooking beans, there on the stove between burners, cooling and draining on a napkin would be hot fried fatback. She would share but we kept it quiet for some reason. I had the notion that we were partaking in some secret sin as we nibbled the crispy goodness down to the rind. The grease from frying out the fatback was used to season the soup beans or added to the cast iron skillet to crisp up the cornbread batter as it was poured into the hot pan. My mouth waters at the thought of fresh baked cornbread crumbled into a glass of cold milk.

Mm mm… some kind of good!

[There’s also a giant salad bar but to me that’s a why bother. Apparently some health nut came up with that bright idea.]

At the end of the hot bar is where angels sing over the Redneck Manna. There you will find stacks and stacks of fatback. Fried up crispy it is the crowning joy of the long buffet. We took David’s mom Nina there one night because she loves fatback. “Just the right amount of streak-o-lean!” she proclaimed with delight. When she finished her meal the rinds were piled up like cordwood. Since she is fast approaching ninety, there’s just no need to worry about blood pressure and such. I mean why? It did her more good than all the dietary restrictions in the world to enjoy her favorite treat. When I asked what I could bring her for dessert, she tucked her chin down in shame as she looked over the top of her glasses at me like the cat that swallowed the canary. Pointing to the last piece of fatback on her plate she quietly requested, “I’ll have some more of this please.”

No banana pudding, no chocolate, lemon or chess pie, no strawberry or peach cobbler for her. Just bring on the Redneck Manna. Good ol’ Doctor Oz’s head is probably still spinning around and around.

I feel sorry for all the lard haters. If it makes them queasy thinking of our tasty treat, then they surely wouldn’t want to hear what my beloved mom-in-law longed for as we drove home from the buffet.

“Oh how I wish I could bag up some of that fatback for later. Wouldn’t it be great between two slices of bread with mayonnaise?”

Bless her heart… which for sure is well lubricated.

While I know that God did not drop fried pig fat down on the children of Israel as He led them to the Promised Land, I feel sure it’s because He’s reserving the bulk of the Redneck Manna for Heaven.

On this side of Glory there are a few pieces left at The Classic Restaurant in Denton… or perhaps in Nina’s purse. I just pity the fool that tries to take it from her.