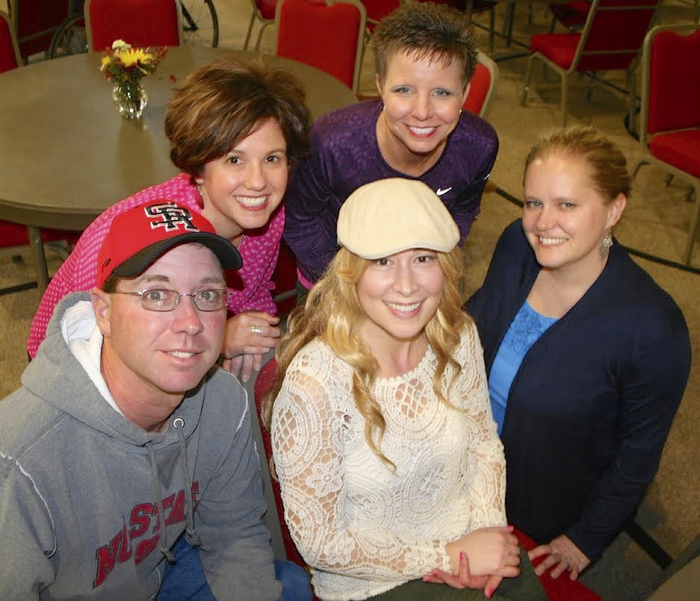 The runners’ group is in need of a name change, as they now count half-marathoners and marathoners among their ranks. But one thing that hasn’t changed is their desire to help others in the community.

To that end, the second-annual Love Thy Neighbor run is set for Saturday, March 21, at Concordia Lutheran Church, 185 Concordia Church Road, China Grove, just off N.C. 152.

Cost is $25 and includes breakfast. You can choose the 5K course or the 10K course. You can also just come and eat breakfast, which is served from 7 to 11 a.m. A silent auction takes place from 7 to 11 a.m. The races start at 8 a.m., and the kid fun run starts at 10 a.m., with all awards at 10:45 a.m. Although the course has been laid out to accurate distances and runners will receive their time when they cross the finish line, the race is not officially timed (to help save on expenses). Overall trophies will be awarded for the overall male and female winners in each race.

For this race, it’s all about the fellowship, says organizer Jason Ritchie.

This year’s race benefits Ivey Cline, a 40-year-old single mom of three girls who is undergoing treatment for breast cancer. She is a member of Trinity Lutheran Church, Landis, and that congregation is joining forces with the Concordia congregation to put on the event.

Proceeds from last year’s race went to Concordia member Erin Dabbs, who was diagnosed with a benign brain tumor. She’s since had surgery and returned to work.

They didn’t have a goal in mind, he adds. “We just wanted to raise as much as we could.”

Jason and Emily were at a Christmas party together, and came up with the idea of helping Ivey for this year’s race.

“I told Emily that night that we were in,” Jason says. “I know Crystal well enough to know what our goal is.”

“There’s always somebody in need in our community,” Crystal says.

“We knew we wanted to do something for Crystal,” Emily says, “and Ivey is very health-conscious.”

At the time of her diagnosis in August 2014, Ivey had been training for a half-marathon. She’s put her training on hold as she undergoes chemo. She has one more chemo treatment to go, after which she’ll have a double mastectomy, radiation, then reconstructive surgery.

The Trinity women have set up a Facebook page listing some of the items offered for the silent auction. They include: gift certificates to the Massage Studio in China Grove; gift certificates to P.F. Chang’s, Longhorn and Olive Garden; a road bike; tickets to the NASCAR Hall of Fame; Panthers tickets; vacation stays at North Myrtle Beach, Charleston, Savannah, Kiawah Island and Oak Island; hunting trips and deep sea fishing expeditions; Wiley X sunglasses for men and women; stained-glass windows; and much more.

“Everything has just flowed together so easily,” Susan says.

“Both courses are out and back,” Crystal says.

As you might expect, Ivey is thrilled about the fundraiser.

“It was just amazing,” she says. “Without knowing the community here at Concordia, I was so excited they would come out and do this for me.”

Ironically, Ivey works for a cancer research company in Durham.

“It actually helped me because I had knowledge about cancer,” she says. Thanks to supplements, her side effects from chemo haven’t been too bad, she says, aside from the hair loss. A brunette, Ivey now wears a long blonde wig. She lives with her three daughters, Vivian, 13, Kate, 9, and Sophia, 7, in Landis, and she has family nearby.

“I couldn’t do any of it without all the prayers,” she says. “I feel like I’m crowd surfing — I’m being carried along.”

Although Ivey does have insurance, she was not able to get prior authorization for some of her treatments. She now has thousands of dollars in medical bills.

“That’s a nice lump sum,” she says. “They couldn’t pause my therapy to get prior authorization.”

She’ll have more expenses with surgery.

“I’m a contractor,” she says. “When I don’t work, I don’t get paid. But I trust that it will work out. It won’t do me any good to worry, physically or emotionally.”

“It was just a given we wanted to help,” Susan says.

“God’s grace will help you through anything,” Jason says. “Grace and prayers.”

“The road is not always gonna be level and straight,” he says. “You’ve gotta live for the next day. You can’t stop.”

“Crap happens to people every day,” she says. “It just happens. You try to help as many people as you can, because it could be you who needs help next.”

For more information about the race, visit the Facebook page at www.facebook.com/LoveThyNeighborRace. A printable form is available here, and you can also sign up to race the day of the event, at no extra charge.

Seniors express themselves through art at SilverArts