Column: Leaving home in search of the bright lights 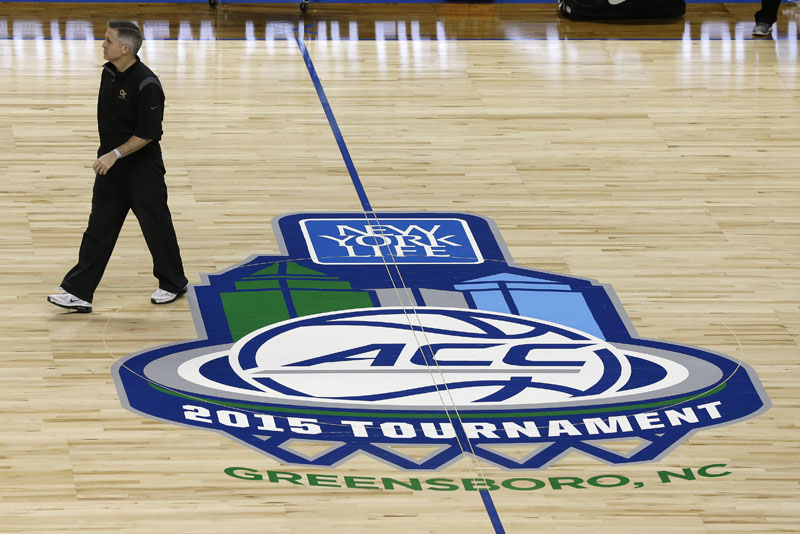 The Associated Press Georgia Tech head coach Brian Gregory watches his team during practice Tuesday in the Greensboro Coliseum in advance of the start of the Atlantic Coast Conference tournament in Greensboro.

Due to press maintenance scheduled for this weekend, a report from the Livingstone NCAA D-II Tournament game and the ACC Tournament championship game will not appear in the Sunday edition of The Salisbury Post. There will be coverage on The Post’s website Saturday night after the games end, and reports will appear in Monday’s edition.

The ACC Tournament is leaving the Tar Heels State, and it won’t return for four years. It’s leaving home.

The conference and its annual tournament are synonymous with its game’s blue bloods on Tobacco Road. Either Duke or North Carolina has appeared in the tournament final in each of the last 19 years.

From Saturday night in Greensboro, the tournament goes to Washington, D.C., in 2016 and Brooklyn in 2017-18 before returning to North Carolina in 2019.

The league needs to build the base of fans in the Northeast, Indiana and Kentucky after adding Syracuse, Pittsburgh, Notre Dame and Louisville from the Big East in the last two years.

While the tradition is in North Carolina, the grand stage — and all that comes with it — are in the major markets the tournament will visit in the next three years.

No offense to Greensboro, but the coliseum is not a grand stage. It’s the traditional site full of grand memories.

Washington, D.C., and New York City, however, are where the league and its leadership need to go with their marquee event.

Like it or not, where something happens is almost as important as what happens.

The 2005 BCS championship game between Texas and Southern California wouldn’t be as memorable as it is if it didn’t happen in the Rose Bowl.

Remember that epic six-overtime game between UConn and Syracuse? The one that lasted 3 hours, 46 minutes and had two teams combine for 102 points in overtime? It was in 2009 at Madison Square Garden.

Fast forward two years. Kemba Walker unleashed the beast in the Big East Tournament to lead the Huskies to five wins in five days while averaging 26 points per game and providing the springboard for a run to a national championship. That was at Madison Square Garden as well.

It’s holy ground for the game of basketball.

The Garden — home to the Big East Tournament since 1983 — was not available and won’t be for quite some time. So, after a pitstop in the nation’s capital, the ACC is heading to the Barclays Center in Brooklyn for two years.

Sure, The Garden’s grass is greener, but the Barclays Center is by no means shabby.

And after those few years in the bright lights and on the big stage, the ACC Tournament will return home.