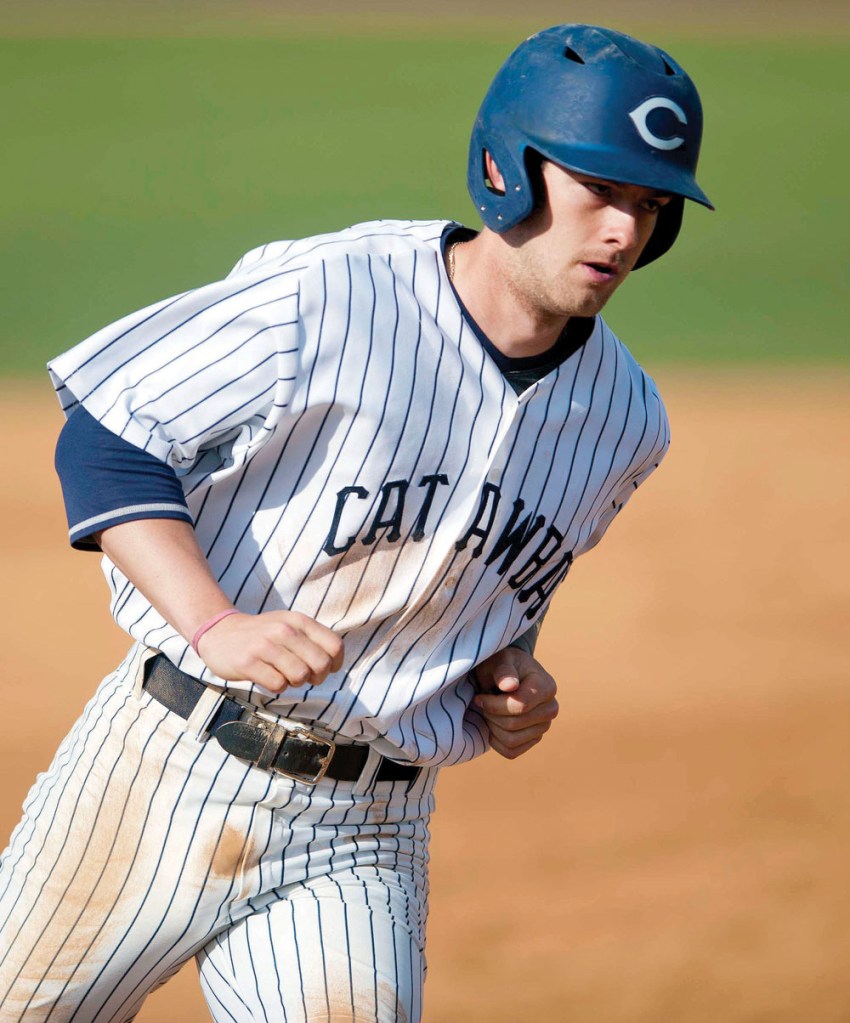 “I’m not comparing them or anything,” Gantt said. “But Will does a lot of things with his hands and forearms like Aaron did. He really stays on the ball, and he can really hit.”

Albertson, a transfer from Campbell, went from outstanding to surreal as Catawba beat Lincoln Memorial 6-1 in the first game of a South Atlantic Conference doubleheader. The second game of the doubleheader was not finished in time for this edition.

Albertson went 5-for-5 and belted solo homers in the first, third and sixth innings. He is a mind-blowing 16-for-19 in his last four games with eight runs scored and nine RBIs.

“I was coming up a lot with two outs and nobody on, and I kept getting fastballs to hit,” Albertson said. “I was able to work a lot of good counts. I know it sounds simple, but I was just getting good pitches to hit and taking good swings.”

Albertson’s three homers tied the school record. This was the eighth time the feat has been accomplished by a Catawba player. David Trexler did it twice in 1999 when he set the school’s single-season record with 24 homers. Catawba’s career homer leader Jerry Sands (2007) was the last to hit three in one game before Saturday.

“I’ve never seen anyone be this hot,”  Catawba first baseman Chance Bowden said. “He doesn’t go up there looking for a certain pitch, he just goes up there looking to hit the ball hard. Whatever they throw him, he’s been good enough to handle it.”

Albertson’s seventh, eighth and ninth homers of the season moved him into the SAC lead.

Albertson doesn’t look like a power hitter at 188 pounds, but he is.

“Guys joke about it a lot, that my swing is too smooth and slow,” Albertson said. “But it’s working.”

Also working hard was Brooks. Quite a few radar guns were pointed at the All-America right-hander. He was throwing mostly 94 mph fastballs with plenty of movement.

Brooks struck out 12. He allowed a leadoff homer by Jonathan Lowe in the sixth, but he handled eight innings with 115 pitches. Brooks walked two — back-to-back with one out in the fourth — but he worked out of that jam.

Center fielder Blake Houston, the region player of the week, also caused problems for Lincoln Memorial (12-8, 9-4). He homered and drove in two runs. Malachi Hanes had a run-scoring single.

“I’m just happy we got to play,” Gantt said. “We’ve had to be weathermen this year as well as coaches.”