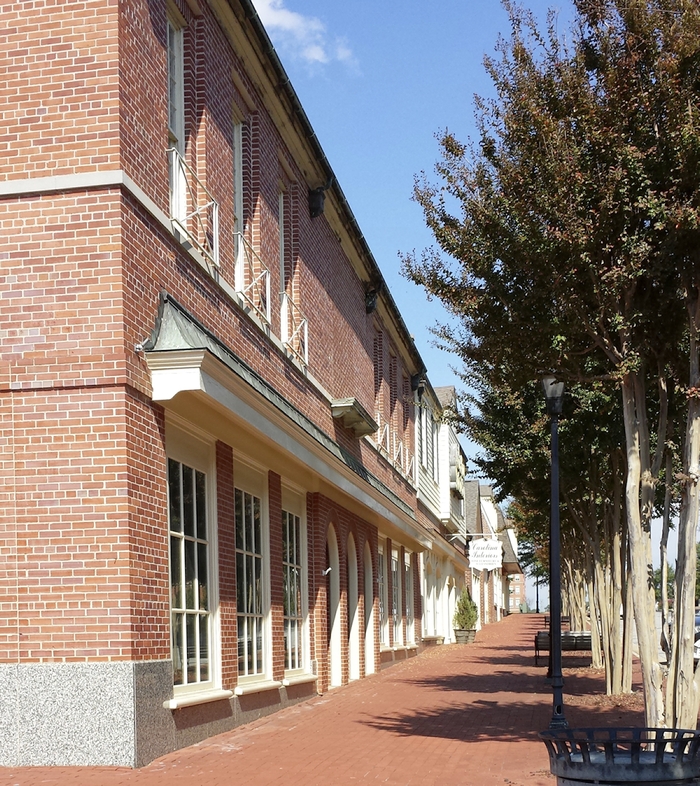 KANNAPOLIS – After months of deliberation, the city of Kannapolis announced an agreement Thursday to purchase 46 acres of downtown property from David Murdock.

The $5.55 million purchase includes 653,395 square feet of building space – some vacant, some occupied.

Included in the deal are the Gem Theatre, the current Kannapolis Police headquarters and city hall, the former Cannon Mills Plant No. 4 site and all the storefronts on the three-block stretch of West Avenue – most of the former Cannon Village.

None of the N.C. Research Campus is included in the deal, City Manager Mike Legg said. The Oak Avenue Mall, anchored by Food Lion, is also not included.

The Kannapolis City Council is expected to sign a contract of intent to purchase the property Monday at a called meeting.

In a Thursday morning press release, Mayor Darrell Hinnant called the agreement “a history-making moment for our city.”

“We now have the unique opportunity to launch a new chapter in the life of our downtown,” Hinnant said in the statement. “… This transaction strengthens our partnership (with Murdock) as we all work to bring economic development and jobs to Kannapolis.”

Murdock first purchased the former Cannon Mills Co. in 1982, with over 600 acres of property.

When the textile plant was sold to Fieldcrest in 1985, Murdock retained control of the downtown section, which he redeveloped as the Cannon Village outlet mall.

Following the closure of the textile mill in 2003, downtown Kannapolis entered a decline which saw the majority of those storefronts standing empty.

“The goal, ultimately is to create a critical mass to help restaurants and retail survive,” Legg told the Post.

“If our downtown core dies, ultimately, the city dies,” Legg said. Downtown Kannapolis, he said, “is not dead, but it’s struggling, and we need to infuse new life into it.”

A near-capacity crowd of about 100 members and guests packed Rotary Hall on West Avenue, one of the properties included in the purchase.

The city announced in 2014 that it was exploring a possible purchase agreement.

Murdock “made it clear profit was not his motive,” Legg said.

The properties to be purchased are valued at approximately $23 million, Legg said.

They won’t generate tax revenue while owned by the city, but Legg said the lost revenue is “negligible” compared with the impact of revitalization.

“We think a $5.5 million purchase price is quite reasonable,” Legg said.

Long-term, Legg said, “the city does not want to be in the property management business,” Legg said. “The ultimate goal is to develop a good, solid strategic plan and to find private investors.”

One partner in that process, he said, will be the Development Finance Initiative at the University of North Carolina at Chapel Hill School of Government.

The Development Finance Initiative has been involved with high-profile redevelopment projects in Durham and Wilmington, among other cities, Legg said.

Legg said it remains to be seen how the project will be financed.

A bond issue of between $5.55 million and $10 million is one option, Legg said, with that debt being retired as properties are sold.

Legg did not rule out the possibility of a tax increase to pay for downtown redevelopment. “I think that, if it happens, it will be very small and very manageable,” he said.

Some buildings will require repairs, Legg said, but added the city will not “completely gut” buildings. “That is not financially feasible,” Legg said.

The goal is for investors to purchase and upfit properties, Legg said.

Also, much of downtown’s water and sewer infrastructure is 50 to 75 years old, Legg said, and will need to be replaced. Updates to those systems are already part of the city’s 10-year master plan.

“If you think about it, during the last 110 years, two companies and, essentially, three men have been in charge of all of downtown Kannapolis,” said Eric Dearmon, president of DKI. “J.W. Cannon, his son, Charles A. Cannon, and then, of course, David Murdock.”

“That history is about to change, and that is very exciting,” Dearmon said.

“This is a wonderful day for the citizens of Kannapolis,” said Councilman Tom Kincaid.

Kincaid said he did not expect the city to keep most of the properties long-term, but supported the idea of getting them into the hands of private investors.

Councilman Darrell Jackson said he was confident that the citizens of Kannapolis would embrace the downtown project.

“A downtown is like the front door of a home,” said Jackson, who owns Lee Clothing Warehouse on West Avenue. He said downtown development will improve the quality of life throughout Kannapolis.

Some current tenants whose buildings may be sold were among those present. In the near term, Legg said, “we have no intention of changing any leases, or anything,” Legg said.

He said the city will likely contract with a property management company for day-to-day operations.

Although he said it may take 10 to 15 years to redevelop downtown, Legg said there has already been interest.

“We’ve already received inquiries from investors … But we’re not moving on any of that until we have a good, solid plan,” Legg said.

“Bottom line, I’m excited for this community,” said Dr. Eric Atkinson, member of the DKI board. “I’m excited for the growth that will occur with the partnerships that can be generated from this.”