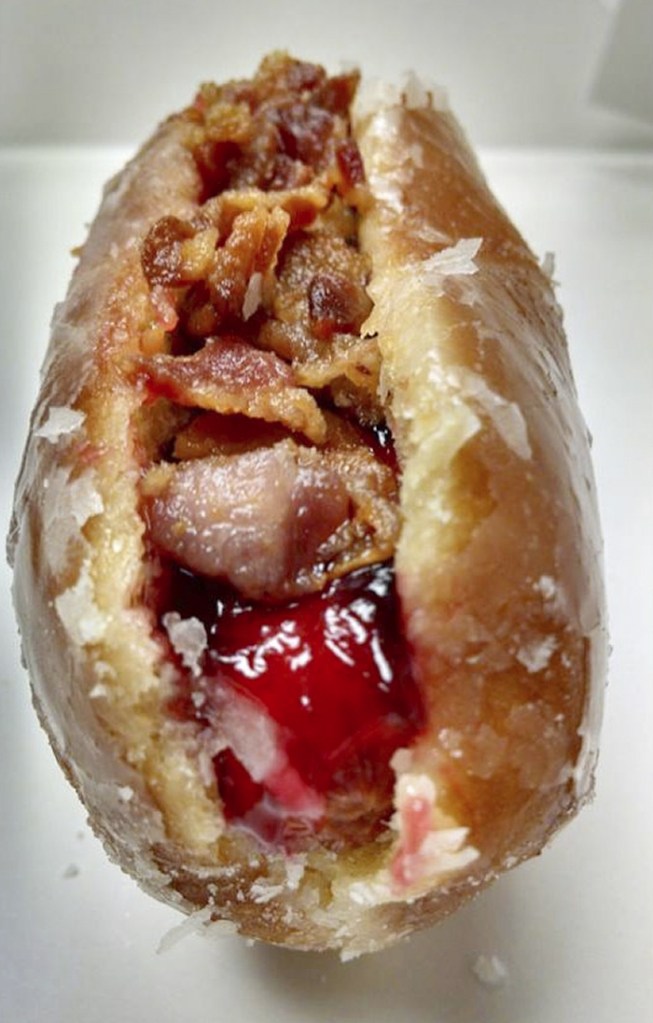 Multiple media outlets report the Winston-Salem-based doughnut maker’s marquee product is part of a concoction developed by the Wilmington BlueRocks.

The BlueRocks announced on Twitter that they plan to sell a hot dog with bacon bits and raspberry jam on a Krispy Kreme doughnut. The team is promoting it on its website as a one-of-a-kind food option, and a contest is under way to find a name for it.

Krispy Kreme spokeswoman Lafeea Watson said the doughnut dog is not being co-developed by Krispy Kreme and will not be offered at its more than 1,000 domestic and international shops.