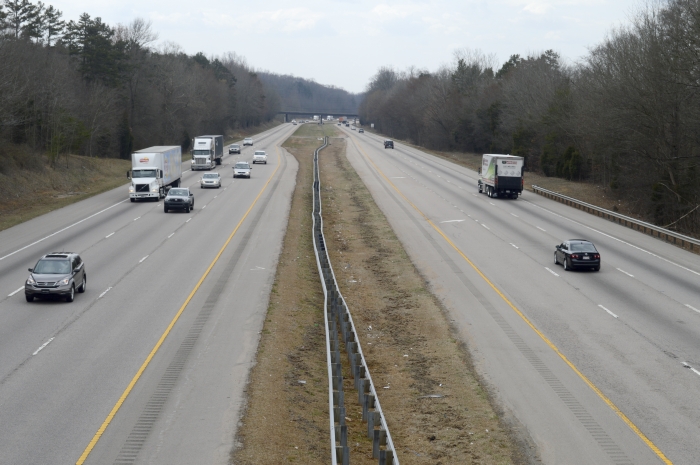 South Rowan may get exactly what it’s been asking for and, perhaps, faster than expected.

For years, South Rowan community leaders have lobbied for additional interstate interchanges near China Grove and Landis. An I-85 widening already includes one interchange and a bill that’s passed the state house and senate could fund the long-desired second. Both have been cited as a potential economic boon for the southern Rowan community.

Unveiled by Gov. Pat McCrory in December, the state’s transportation improvement plan estimates the widening of I-85, from exit 68 to the Cabarrus County line, for completion in 2019. Maps of the expansion show a full interchange just east of China Grove’s municipal limits.

“Half of the people don’t understand how to get off and how to get on,” said China Grove Mayor Pro Tem Lee Withers said about the two parts of exit 68.

The I-85 expansion would change the current northern portion of exit 68, but make the southern portion, which connects with N.C. Highway 152, a full exit, according to DOT maps.

Jake Alexander, State Department of Transportation board member, confirmed the full exit would be included in the widening.

“There’s been a demand for years, and if you go south from the Webb Road exit it’s probably the longest distance between two standard interchanges in any urban area in this part of the state,” Alexander said.

The state’s $15 billion transportation improvement plan is currently in a public comment period. Online public comments are being solicited through a website set up by the N.C. Department of Transportation. Next week, the state will begin hosting a series of public meetings to seek comments. The public meeting for Division 9, which includes Rowan, will be April 21 from 4 p.m. to 7 p.m. at the Piedmont Triad Regional Council offices in Kernersville.

Alexander said the state board of transportation is expected to approve the plan in June.

When approved, the plan won’t include a proposed interchange at Old Beatty Ford Road — a project that’s been desired for decades. Withers, previous president of the Cabarrus-Rowan MPO, dated the the projects’ initial conception back to the mid 1990s, at least.

A new state formula, designed to take politics out of transportation funding decisions, didn’t score the Old Beatty Ford Road interchange high enough to be placed on the state’s 2016 to 2025 plan.

A bill that’s already passed the state house and senate wouldn’t add Old Beatty Ford Road to the state’s current statewide plan, but could speed up how quickly the interchange is funded. Depending on how the senate and house work out disagreements on the similar bills, the bill would provide additional funding for transportation projects across the state. Rep. Carl Ford, R-76, said he hopes Old Beatty Ford Road’s interchange scored high enough to be bumped up with the potential new funding.

“There are a few provisions that would provide a lot of funding for a lot of things, and Old Beatty Ford Road might be one of those things,” Ford said.

The bill would only provide funding for the interchange and wouldn’t necessarily accelerate construction. A lengthy pre-construction phase — currently underway — is required before the funds could be used, according to Phil Conrad, Executive Director of the Rowan-Cabarrus Metropolitan Planning Organization. The worst case projection is 70 months, about 6 years. Funding for the project could be allocated before pre-construction is complete, Conrad said.

Regardless of funding, the interchange, will also have to wait until Old Beatty Ford Road is rerouted and its bridge over I-85 replaced, a project listed on the state’s current transportation improvement plan.  The bridge will be built to allow an interchange, according to DOT Division 9 engineer Pat Ivey.