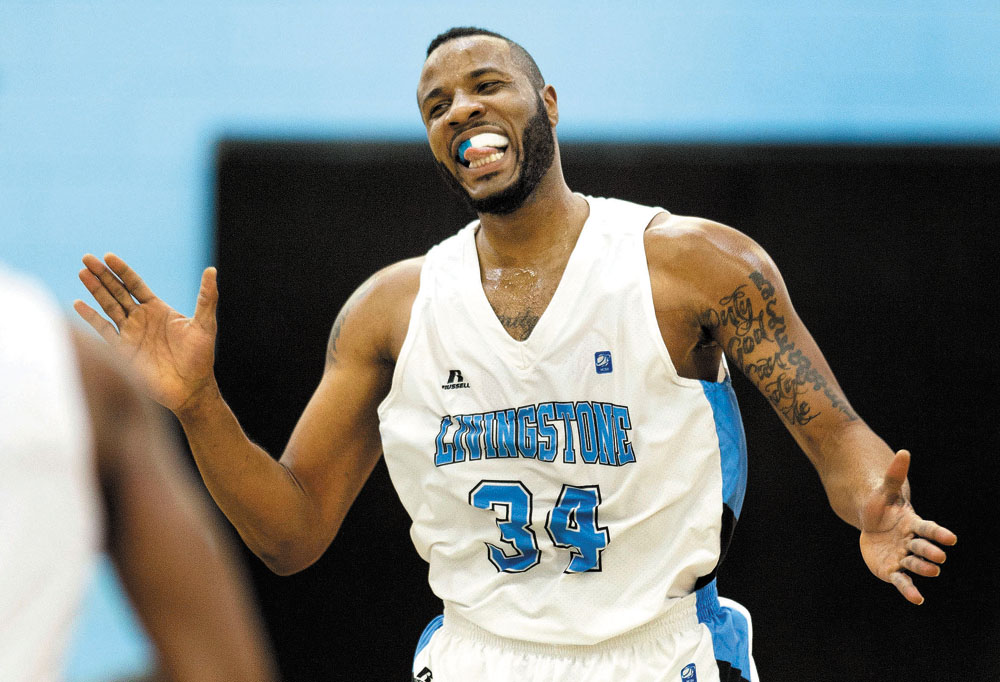 Livingstone coach James Stinson says the preparation to play a strong opponent on the road is no different than when the Blue Bears go to Winston-Salem State or Johnson C. Smith, but the mileage is considerably different.

When the Division II playoffs roll around, the CIAA, a league where eight of the 12 teams call North Carolina home, competes in the Atlantic Regional that is comprised primarily of schools in West Virginia and Pennsylvania.

That’s why Livingstone was on the bus eight hours Thursday as it meandered north to West Virginia. Gametime is 6 p.m. on Saturday. The eighth-seeded Blue Bears (19-9) will take on the West Liberty Hilltoppers (26-3), the No. 1 seed and the regional tournament hosts.

West Liberty is located in the northern panhandle, wedged between the Keystone State and the Buckeye State.

In 2013, Livingstone traveled to West Liberty, and was whipped in a first-round game by Fairmont State. In 2014, the Blue Bears competed better, losing 99-98 in the first round as the No. 8 seed while playing at top-seeded East Stroudsburg, Pa.

“That first year we were excited and happy to be there,” Stinson said. “Last year, with the great guards (Mark Thomas and Jody Hill) we had, we thought we were primed to advance, but we did not. But now we have more experience. That definitely helps.”

Being the No. 8 seed is tough. While six of the eight seeds are playing neutral-site games in the regional, No. 1 is playing on its home floor, and No. 8 is playing a road game.

“The CIAA teams are always at a homecourt disadvantage in this regional,” Stinson said. “Playing at West Liberty is difficult, as far as fan support and rowdiness, but it shouldn’t bother us. We’ve played in similar atmospheres in our league.”

Livingstone played its best basketball late in the season.

“We did play better,” Stinson said. “We came together in the last game of the regular season (against Winston-Salem State) when we rallied from 19 down. At the conference tournament, our motto was, ‘We’re down 19.’ Guys decided to play from the start of the game like they were down 19, and you know what happened.”

Livingstone is deep and has no fear of a frantic pace.

“They’ll be more comfortable if it gets into the 100s because they’ve been there a lot,” Stinson said. “I think 90s would be better for us. We have to handle their pressure and if we beat the pressure we have to attack.”

Livingstone has been devastating in the paint with the addition of 6-9 transfer Hakeem Jackson. Eric Dubose and Daryl Traynham are clever guards. Eric Mayo and Ty Newman are marvelous all-round players. David Williams is an athletic rebounder. Dubose and Mayo were key players on the team that lost by a point in the regional last season.

“If there’s a single key for us Saturday it’s going to rebounding,” Stinson said. “Not just our bigs, but our guards. They shoot a lot of 3s and chase down the long rebounds. We have to get those rebounds.”

West Liberty has a tremendous track record. It lost in the national championship game a year ago. The year before that it reached the national semifinals.

“This regional usually has three of four of the top 25,” Stinson said. “Whoever wins it does well nationally.”

The Atlantic Region champion advances to the Elite Eight on March 25-28 at the Ford Center in Evansville, Ind.