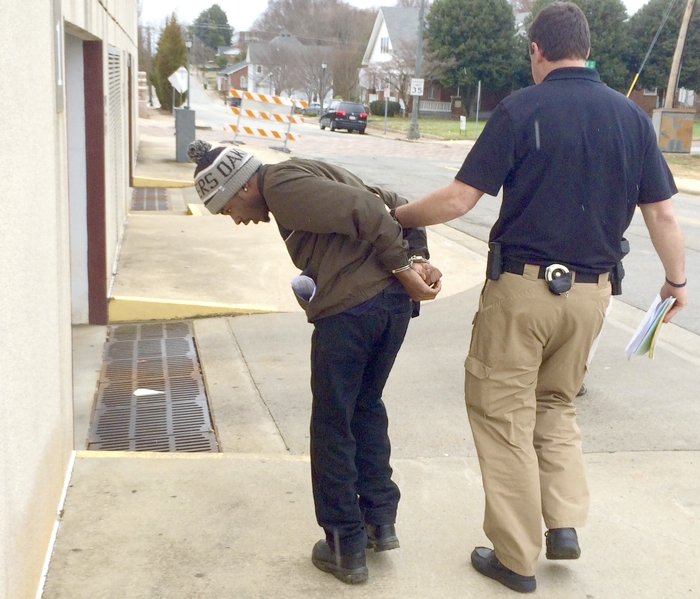 Jeanie Groh/Salisbury Post Jayquan Hamilton, left, has been charged in the murder of Oscar Aguilera at Lakewood Apartments in Salisbury

Nearly three months after police found the body of Oscar Miguel Aguilera behind Lakewood Apartments, authorities made an arrest in the case.

Salisbury Police charged Jayquan Kyon Hamilton, 19, of 115 East Henderlite Street, with murder. Police said they arrested Hamilton Wednesday at 1:45 p.m., charging him with shooting Aguilera, 24, during the early morning hours of Jan. 29, behind building 700 of the apartment complex.

Hamilton was placed in the Rowan County Detention Center under no bond. Police did not provide any other details.

A man who spoke to a Post reporter in January, but did not want to give his name, said he first discovered Aguilera’s body around 7 a.m., when he went out on the back deck of his apartment in the 700 building to have a cigarette and saw a body lying face down.
The man said he heard popping noises during the night, but didn’t think they were gunshots. Police have not released any other details since the initial investigation.
Family members told the Post in January they didn’t know who’d want to shoot Aguilera and didn’t know if he’d been robbed. He was walking home from work at DJs Restaurant on West Innes Street.

Hamilton has no known prior criminal conviction record, based on a search of the N.C. Department of Corrections. Hamilton’s first court appearance will be Friday, an arrest warrant said.