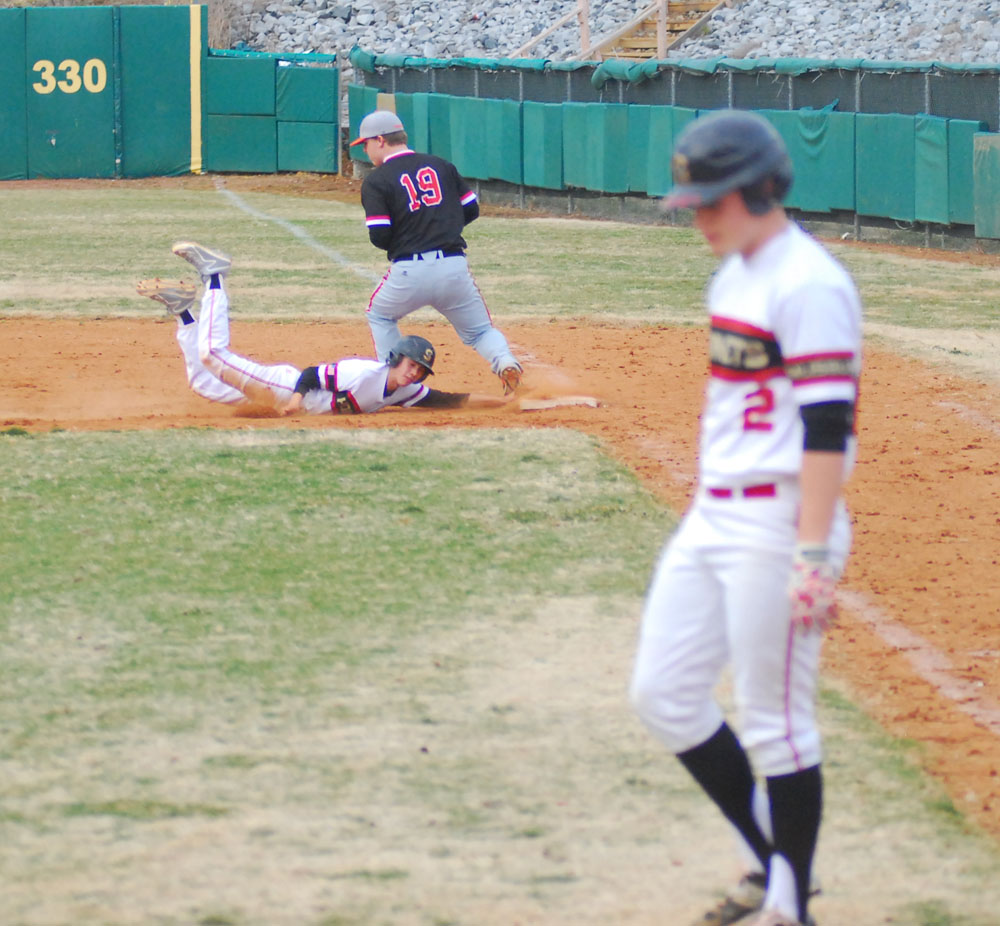 ADAM HOUSTON/THE SALISBURY POST Salisbury's Alex Yang is doubled up at first base by Davie County's Craig Colbourne (19) on Tuesday in a nonconference game at Salisbury after Salisbury's Riley Myers (2) hit a line drive to Davie County's Nathan Harrell. The War Eagles defeated the Hornets 7-0.

SALISBURY — Davie County didn’t get its baseball season started until Monday, but the War Eagles are making up for lost time.

“We didn’t exactly tear the cover off the ball,” Davie coach Bob Byerly said. “But we played Earl Weaver ball. We hit a couple of no-doubters with men on base.”

Riley Myers was the starting pitcher for the Hornets (3-1) and took the loss. The Hornets had started 3-0 for the first time in coach Scott Maddox’s 15 seasons.

Davie (2-0. 1-0 CPC) has a home conference game scheduled against Reagan on Wednesday. Salisbury is scheduled to play at Forbush on  Thursday.