Weekend Polar Plunge may not be icy, but dozens expected to participate 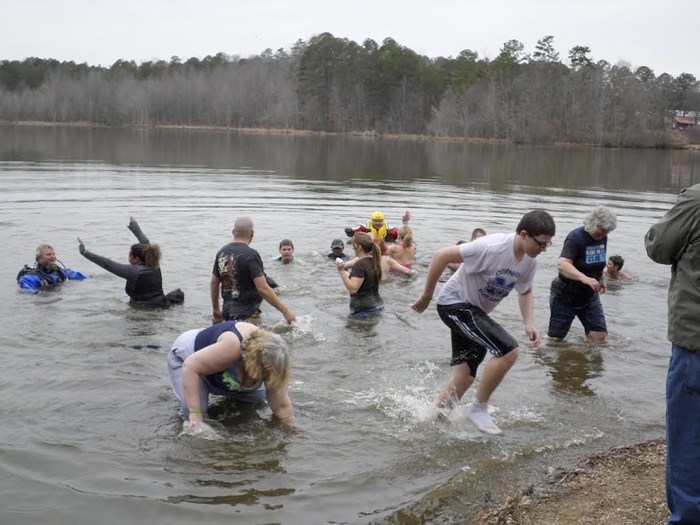 The weather won’t be particularly nippy, but it’s all for a good cause to take a plunge in the water at this year’s second annual Polar Plunge. The proceeds raised benefit the Special Olympics of Rowan County.

Organizer Jay Taylor said as of Monday, this weekend’s weather is expected to be around 61 or 62 degrees with possible rain. He said there is a covered pavilion for spectators.

The event is free to the public, but participants pay $25 each to take the plunge. Participants may jump as an individual or as a team. Taylor said the goal is to raise $5,000 this year for Special Olympics.

There will be food, a deejay, a bonfire and giveaways. About 15 to 20 area businesses have donated gift cards and other offers as part of the giveaway.

Taylor has a team of 25 taking the plunge this year, and he said there are teams expected from two churches — Sacred Heart Catholic and First Baptist. He expects about 40 people to take the plunge.

There are plans to continue the plunge every year, he said, and make it bigger and bigger.

“My goal would be to raise $10,000 for Special Olympics,” he said.
Taylor said he’d love to see a team from Catawba College and Livingstone College as well as local firefighters and other first responders.
There is a traveling trophy that Taylor’s team won last year. He said the team plans to defend their title of having the most people on a team to jump. Anyone who doesn’t want to jump may still make a donation. Awards will be given to the best male and female adult and child costume, organization and school with the most jumpers, group and individual who raises the most money, and the child who raises the most money.