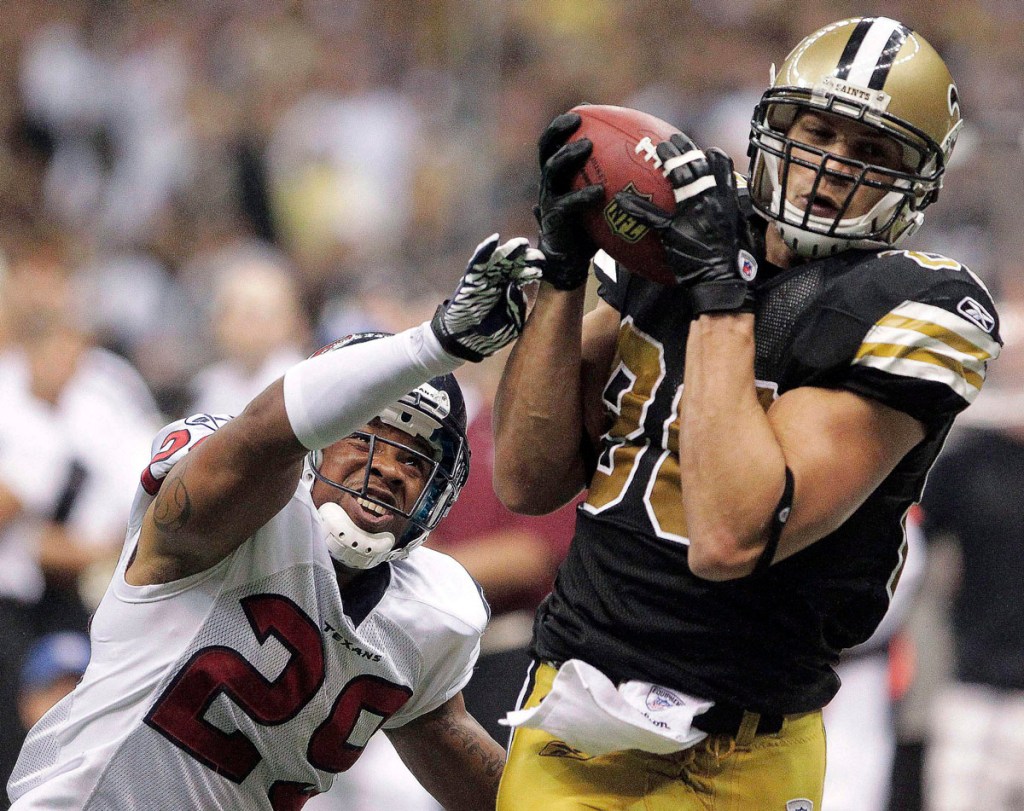 The Associated Press The New Orleans Saints traded tight end Jimmy Graham (80) to the Seattle Seahawks on Tuesday for veteran center Max Unger. It was one of many eye-popping trades and signings on the first day of the NFL's league year.

The biggest free agency move was made by the Jets, digging into their past and bringing back cornerback Darrelle Revis, according to his agents.

New Orleans agreed to send its star tight end to the Seahawks for center Max Unger, with draft picks changing hands. The Saints are to get a first-round pick, while Seattle receives a fourth-rounder.

That stunner was followed by Bradford, the injury-prone quarterback who barely has played the past two years (knee), going to Philadelphia for Nick Foles, who also comes off an injury-shortened season (collarbone) and is headed to St. Louis. Bradford was the top overall draft pick in 2010.

Philadelphia also added Seahawks starting cornerback Byron Maxwell as a free agent with a six-year deal. And Seattle brought in cornerback Cary Williams, formerly of the Eagles and a 2012 Super Bowl winner with the Ravens.

Baltimore dealt nose tackle Haloti Ngata to Detroit, which is about to lose All-Pro defensive tackle Ndamukong Suh in free agency. Ngata, 31 and a five-time Pro Bowler, is due $8.5 million next season and has a $16 million salary cap figure.

The Jets also confirmed a previously agreed upon trade, getting receiver Brandon Marshall from Chicago for a fifth-round draft pick. The Jets released WR-KR Percy Harvin, whom they acquired last season from Seattle.

Two retirements also drew attention away from the chase for free agents. Five-time All-Pro linebacker Patrick Willis, the heart of San Francisco’s defense for eight seasons, called it quits. The 2007 Defensive Rookie of the Year is leaving because of recurrent toe and feet injuries.

“In my head, I’m already a Hall of Famer,” Willis said. “I am leaving this with closure, saying that I am happy today, more happy today than I was the day I was drafted. That says something to me.”

The 49ers lost another mainstay when running back Frank Gore, their career rushing leader, joined the Colts.

Linebacker A.J. Hawk, who grew up in Ohio and attended Ohio State, agreed to terms with Cincinnati on a two-year deal. Hawk spent his first nine seasons in Green Bay.

Thomas agreed on a five-year deal worth $46 million, with $24 million guaranteed.

Arizona got probably the best run blocker in this year’s group, guard Mike Iupati, who agreed on a five-year, $40 million contract with $22.5 million guaranteed. The 6-foot-5, 331-pound lineman played five seasons with San Francisco, is a three-time Pro Bowl player and made the All-Pro team in 2012.