Catfish are jumpin’ right out of new cookbook 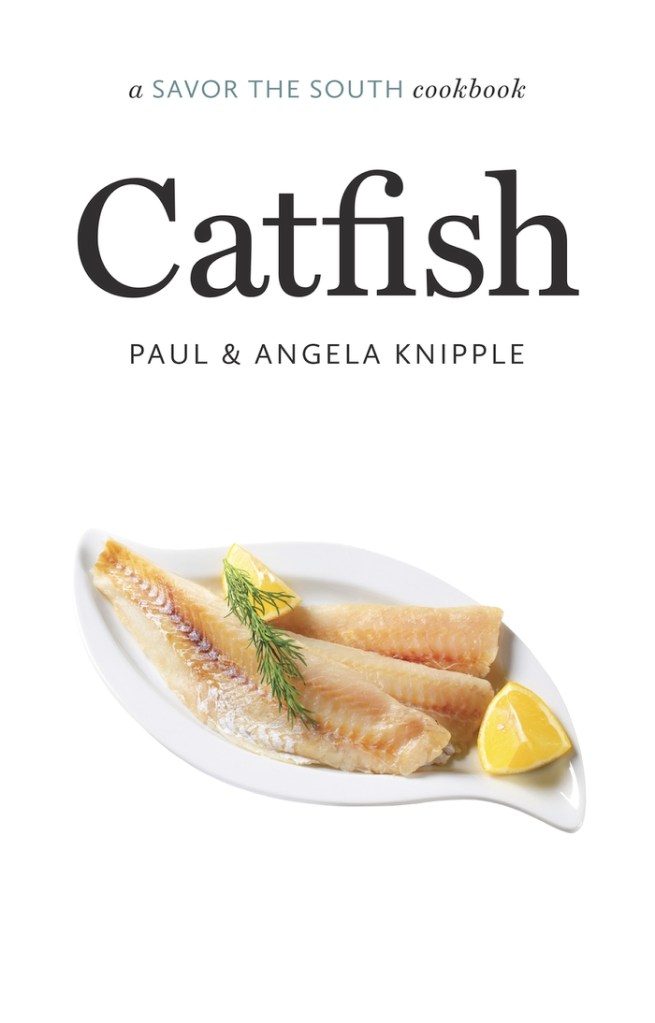 'Catfish,' part of the Savor the South cookbook series.

Also out this month from the Savor the South series by the University of North Carolina Press is “Catfish,” by Paul and Angela Knipple, natives of Memphis.

In the introduction, it reads “For Angela, catfish is the taste of coming home.” She was a travel agent, who always made the same stop when coming home, Catfish Cabin, where she’d get “a massive glass of sweet tea and a plate of crispy fish.”

For Paul, that restaurant is one of the first he remembers going to and he recalls “perfect hushpuppies filled with crisp corn kernels and a touch of heat from jalapeños.”

Like shrimp, Native Americans were eating catfish long before the Europeans showed up. But it turned out both liked breading their catfish with cornmeal and frying it. The South loves catfish so much that the catfish capital of the world exists in Belzoni, Miss., Savannah, Tenn., and Des Allemands, La.

Not only that, but catfish is a nickname and an inspiration for music. Remember baseball great Catfish Hunter? Or maybe you’ve seen “porgy and Bess” or heard the Four Tops sing “Catfish.”

You know Huckleberry Finn and Jim caught catfish on the river. And in Japan, enormous catfish are blamed for earthquakes.

Back home, catfish has its detractors, as well, who call the flesh muddy. There’s a good reason for that. Channel catfish are bottom feeders, who hang out in deep, dark water, eating what they can find.

The blue catfish eats almost anything organic that it finds, the Knipples say. Another reason for some odd taste is stinkbait, dead fish or shrimp used to lure the catfish onto the hook. Farm-raised catfish avoid the muddy water and the algae that can grow on their skin and gills.

Try to buy American farm-raised catfish, the Knipples write. And be sure to ask for it. Some will be labeled American. If it has no label, it probably isn’t from here.

Frying seems to be the preferred method of preparing catfish, so the Knipples have included a section that ranges from how to pick your deep fryer to safety around hot oil.

Here’s a recipe you probably haven’t tried before.

From Catfish: a Savor the South cookbook by Paul and Angela Knipple. Used by permission of the University of North Carolina Press. www.uncpress.unc.edu

With its moist, flaky texture, catfish makes a great substitute for crab in crab cake recipes. Instead of getting fancy, this recipe makes hearty patties perfect for burgers. You could plate these as catfish cakes—a dollop of tartar sauce and you’re set—but that just wouldn’t be as much fun. The flavors here are simple and may be familiar to some of you. These burgers are based on the famous shrimp burgers of the South Carolina coast.

In a medium bowl, combine the catfish, eggs, panko, mayonnaise, celery, onions, parsley, lemon zest, and Worcestershire sauce, stirring with a wooden spoon until everything is evenly distributed. Season with salt, black pepper, and cayenne pepper to taste. Divide the mixture into 4 equal portions and form patties about 1 inch thick. Heat the oil in a large skillet over medium heat. Cook the patties for 4 minutes, or until the bottoms are browned, before carefully flipping them over. Cook for another 4 minutes so both sides are browned. Serve on soft buns with lettuce, tomato and tartar sauce or coleslaw.