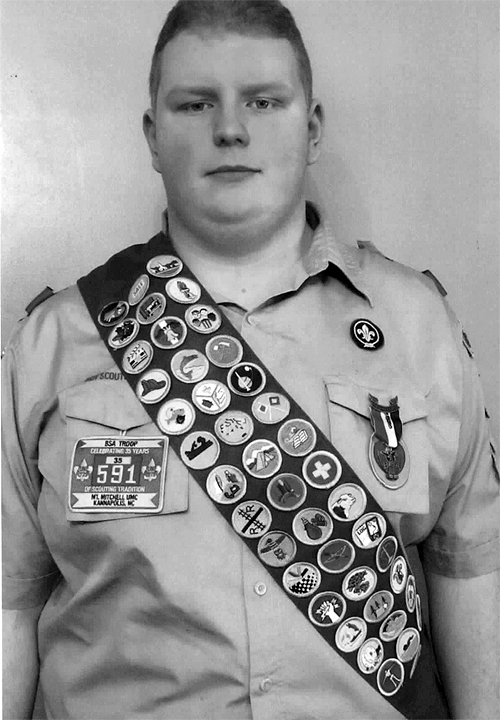 Nicolas Scott Helms, 18, son of Phillip and Sheila Helms of China Grove, received his Eagle Scout Award Sunday, Feb. 22, 2015, at Kannapolis Church of God. The award was presented by Troop 591 Scoutmaster Randy Shue and Assistant Scoutmaster Brad Steen.
A senior at South Rowan High School, Nicolas has been in scouting for seven years, following the example of his father who was also an Eagle Scout. A member of Order of the Arrow, he has earned 43 merit badges and has attended summer camps at Camp John J. Barnhardt and Camp Daniel Boone. In addition he has participated in two scout trips to Florida to swim with the manatee.
A member of Kannapolis Church of God, he is active in the youth group there. For his Eagle project, Nicolas planned and led a food drive to benefit Big Elm Ministries Food Pantry with the help of Assistant Scoutmasters Jeff Parker and Emmett Langley. Boxes and signs were put out at several churches and businesses as collection points for the drive.