My Turn: Not perfect, but still exceptional 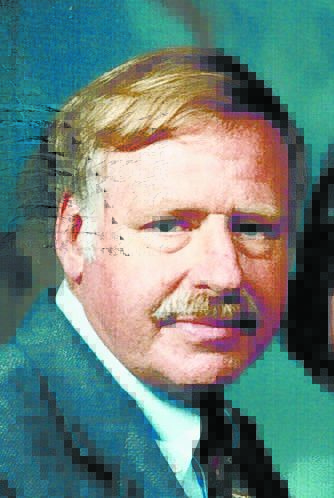 Boris is bumped off on a bridge. Jihadi John enjoys beheadings. We see enough evil in plain sight to jump up and shout “Amen, brother!” if our preacher pounds the pulpit to emphasize man’s moral corruption. “Boris” is Boris Nemtsov, Mr. Putin’s former political enemy, and Jihadi John has been unmasked as a British college graduate named Mohammed Emwazi.

But rather than preach evil, let’s illustrate American Exceptionalism — which is the excellence of ideas and not the superiority of people — with an old-fashioned sleigh ride to school and a trip over the mountain in a rickety wagon. Mary and Clinton will be our guides.

Clinton speaks first: “The winter of 1856 was remarkable for the number of deep snows. My brother John, a lad of thirteen, yoked a young team of oxen, Buck and Berry, to a sled, filling the box with hay. With this rig, he took my sister and me, as well as our cousins Warren and William, to school the entire winter. I remember how the boys and girls piled into the sled box and stood upon the runners as we left the school in the evening.”

America is good but, no, not perfect. Clinton later darkly reported “the gathering of war clouds, the storm bursting in all its fury.” Two years later, his brother John, a sergeant, was at Gettysburg, all five officers above him killed or incapacitated by bullets. Slavery was abolished, its malignant effects lingering a long time. John became a minister “to make the world a little better.” And while America improved, flaws remained. Women had few rights and no vote.

Mary, a young art teacher, had her train ride from Ohio to Virginia stopped at Cumberland Gap by a caved-in tunnel through the mountain. At 5 a.m., she climbed into a wagon “with bony horses and a bony driver. Never expected the horses could get us over the mountain, but they did by stopping every 100 yards to rest. The rocks rose straight up on one side, straight down on the other, and a little jump to one side of the road would have made pressed beef of me. I’m glad the tunnel wasn’t fixed, for the experience was great.”

It was still a quarter-century from women’s suffrage, but Mary clearly had a sense of independence and freedom as well as an artist’s eye for natural beauty. “On the summit, we were in three states at once — Kentucky, Virginia, and Tennessee, and I in a fourth, a state of bliss. As far as the eye could see rose one mountain after another, a smoky blue haze hovering around the tops of all of them. The road was solid sandstone but with beautiful flowers growing out of the stones.”

Knowing nature overcame rocky impediments to flourish, Mary went into the book business in an era when few females ventured far from traditional roles. Like the flowers — and despite Kansas City’s muddy roads when making her house calls in a horse-and-buggy — Mary flourished, years later leaving a sizeable estate to local charities. While some women got the vote in 1920, those of color would have to wait till the system more fully corrected. Mary was 98 when the Civil Rights Act was passed in 1964. America had gotten better. More rights were yet to be gained, but we were making progress — a hundred yards at a time.

So how do you compare differing ideologies? A biblical yardstick, “By their fruits ye shall know them,” was translated into “Evil is as evil does” by no less a philosopher than Forrest Gump. We waste our time — while lives are lost and antiquities destroyed — debating whether certain ideologies are peaceful, militant, religious, political, nationalistic and so on.

America’s founders well knew of mankind’s instinctual weaknesses and lust — but designed a self-correcting system of checks and balances with a fingers-crossed reliance on the underlying moral fabric of a God-fearing citizenry, many of whom had experienced the evils of other systems. No, we’re not a superior people. But we were given a system of unique American Exceptionalism — if, in Ben Franklin’s words, we can keep it.  If we can, the world will be a better and safer place.

My Turn submissions should be 500-700 words. Send to ecook@salisburypost.com with “My Turn” in the subject line. Please include name, address, phone number and a digital photo of yourself.