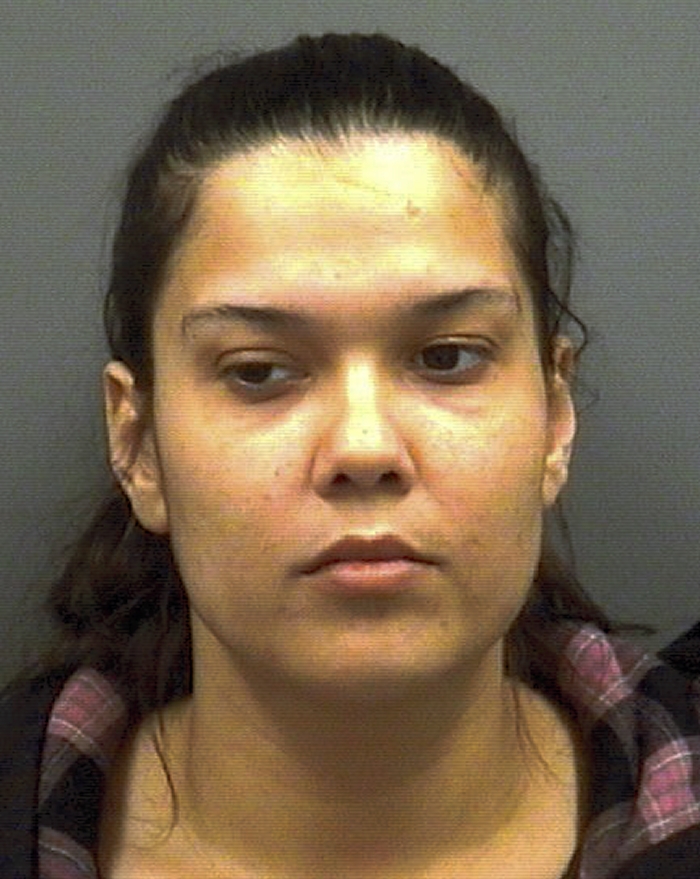 Authorities were called to the home by someone who’d spoken on the phone with Locklear and said she seemed disoriented and confused. The person said there were two infant children in the home.

A deputy arrived at the home Wednesday at 4:35 p.m. to find the front door wide open, trash and soiled diapers in the yard and at the front door. The deputy noted Locklear appeared to be impaired on some sort of substance. She had slurred speech and seemed dazed, he said.

A child standing behind Locklear appeared to have on a soiled diaper. There was a 1-year-old and a 2-year-old in the home, a report said.

Locklear stared at the officer when he asked to enter the residence. She did give him permission to enter the house. The officer said he could smell feces throughout the house, human and animal. There was a cat and dog also inside the house, said Sheriff’s Capt. John Sifford.

A bedroom had half eaten food inside it. The house also had unfinished electrical outlets with exposed wiring throughout the house. Locklear told the officer she’d taken pain medication, Sifford said.

The deputy contacted Rowan County Social Services and a case worker arrived at the home. The officer obtained a warrant and returned to the house on Thursday where he charged Locklear in the matter.

She was issued a $1,000 secured bond and has since been released from the Rowan County Detention Center.

Locklear has a pending 2014 case in Rowan County for driving while impaired, as well as a pending 2015 case for an expired registration and no inspection.