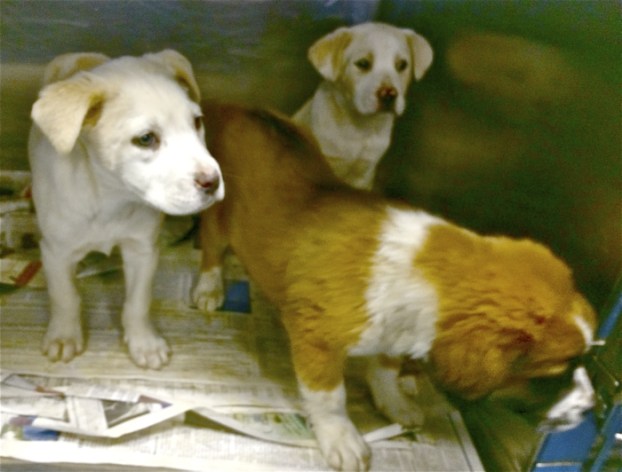 1. Advocate groups have driven significant changes in the number of animals euthanized at the Rowan County Animal Shelter. How many animals were euthanized in 2010, compared to the number in 2014?

2. Cheerwine is developing a fan club. What is its name?

A. The Cheerwine Authentic Soda Society

B. The Cheerwine Legends Club

D. The Legend Lives On Fraternity

3. Students in Rowan-Salisbury Schools participated last Wednesday in an exercise conducted statewide. What was it?

A. A tornado drill

B. A nuclear disaster drill

4. The Rowan-Salisbury school system has introduced a new offering called “Nutrislice.” What is it?

A. A higher-protein, less-carbohydrate pizza in school cafeterias

B. A new breakfast program focused on sliced fruits, such as oranges and grapefruits

5. What piece of new equipment are Diesel and Vadar, K9s in the Kannapolis Police Department, now wearing?

D. Special harnesses, so they can ride safely in the front of patrol cars

6. What did Blackwelder Park Baptist Church in Kannapolis do this past week for the first time since 2011?

A. Conducted a traditional baptism in a local creek

B. Held service in a renovated sanctuary

D. Reopened its food pantry for people in need

7. U.S. Rep. Alma Adams, D-N.C., whose district includes part of Rowan, went against many of her Democratic colleagues when she did what last Tuesday?

A. Voted for a bill limiting federal tax benefits for married, same-sex couples

B. Supported a Republican-sponsored bill to overhaul Social Security

C. Joined Republicans who again called for the dismantlement of Obamacare

D. Attended a speech before the House by Israeli Prime Minister Benjamin Netanyahu

8. Retired Capt. Cheryl Peters, the first female pilot for Piedmont airlines, spoke recently at the N.C. Transportation Museum in Spencer. What job did Peters have before she became a commercial airline pilot?

9. For the second consecutive year, the men’s basketball team at Livingstone College won the CIAA championship in Charlotte. Each year, the Blue Bears beat the same team by the same number of points (15). What school did Livingstone defeat for the title in 2014 and 2015?

10. Why did Alecia Judd and her family from Rowan County spend much of last Wednesday night in a downtown Charlotte parking lot?

A. They were attending an outdoor concert by Alecia’s sisters, Ashley and Winona Judd

B. They were looking at the Duke Energy Center, lit up in the color orange for Alecia’s son, Brandon

C. After a Charlotte Hornets basketball game, the family came out to find their car gone from its parking space

D. They were waiting with thousands of others to catch a glimpse of Taylor Swift after her concert at Time Warner Arena

2. A. The Cheerwine Authentic Soda Society will have 1,000 members across the 20 states in which Cheerwine is now sold.

3. A. The tornado drill was part of Severe Weather Preparedness Week.

4. C. The mobile application “Nutrislice” is an attempt to move away from the costs of printing paper copies of school menus.

5. C. Major monetary gifts for the dogs’ protective vests came from Capt. John Revels of the Kannapolis Fire Department and his wife, Torry.

6. D.  Blackwelder Baptist  Church offered its food pantry from 2003 to 2011 and reopened the pantry for its neighbors in need this past week.

7. D. Unlike many U.S. House Democrats, Adams did not skip Netanyahu’s speech, arranged by the House GOP leadership.

8. B. Peters started out as a flight attendant for Eastern Airlines. She later became a commercial airline pilot from 1974-1995.

10. B. Duke Energy Center was lit up in orange, Brandon Judd’s favorite color, in honor of the 18-year-old who has been dealing with a mitochondrial disease since he was a small boy.

Hillary sticking to the Clinton way “What difference does it make?” Those are the words our former First Lady and... read more