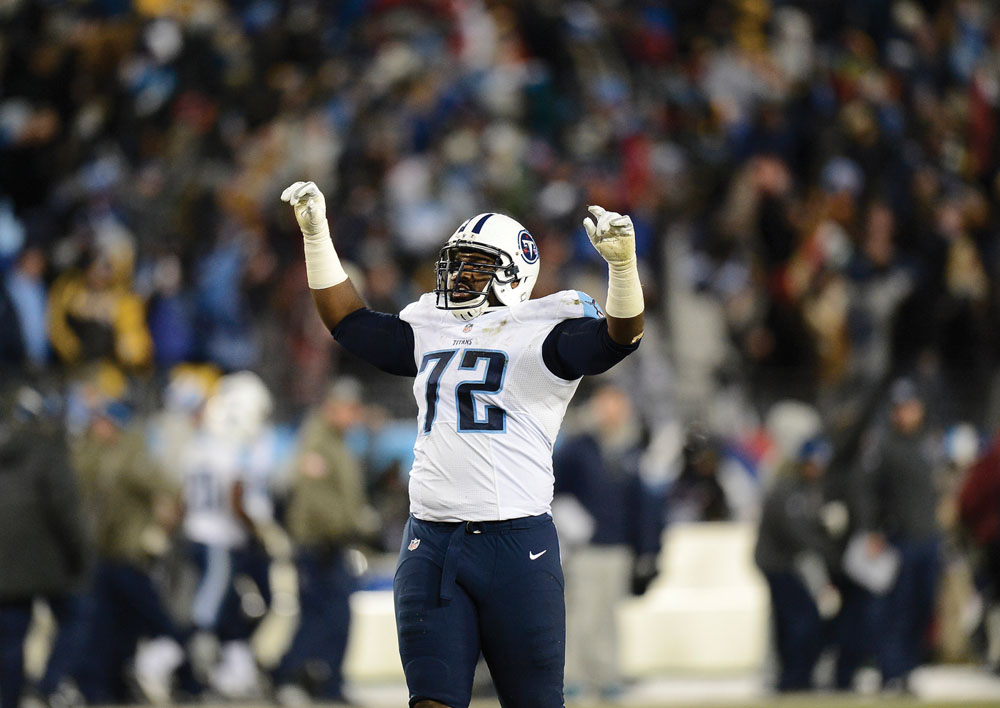 The Associated Press Tackle Michael Oher (72), shown celebrating in Novemeber 2014 after the Tennessee Titans scored a touchdown, was signed by the Carolina Panthers on Friday. The specifics of the deal were not made public.

The move was announced Friday but terms were not immediately available.

Oher, the subject of the popular movie The Blind Side, gives the Panthers an experienced option at left tackle. Carolina has already informed last year’s starting left tackle Byron Bell he will not be re-signed.

The 6-foot-4, 315-pound Oher is a veteran of six NFL seasons. He started 11 games last season for the Titans.

In his first five seasons with Baltimore, Oher started all 80 regular season games he played and helped the Ravens win Super Bowl XLVII after the 2012 season. He has started 10 postseason games.

Panthers coach Ron Rivera says in release that Oher is “a pro who understands what it takes to win.”