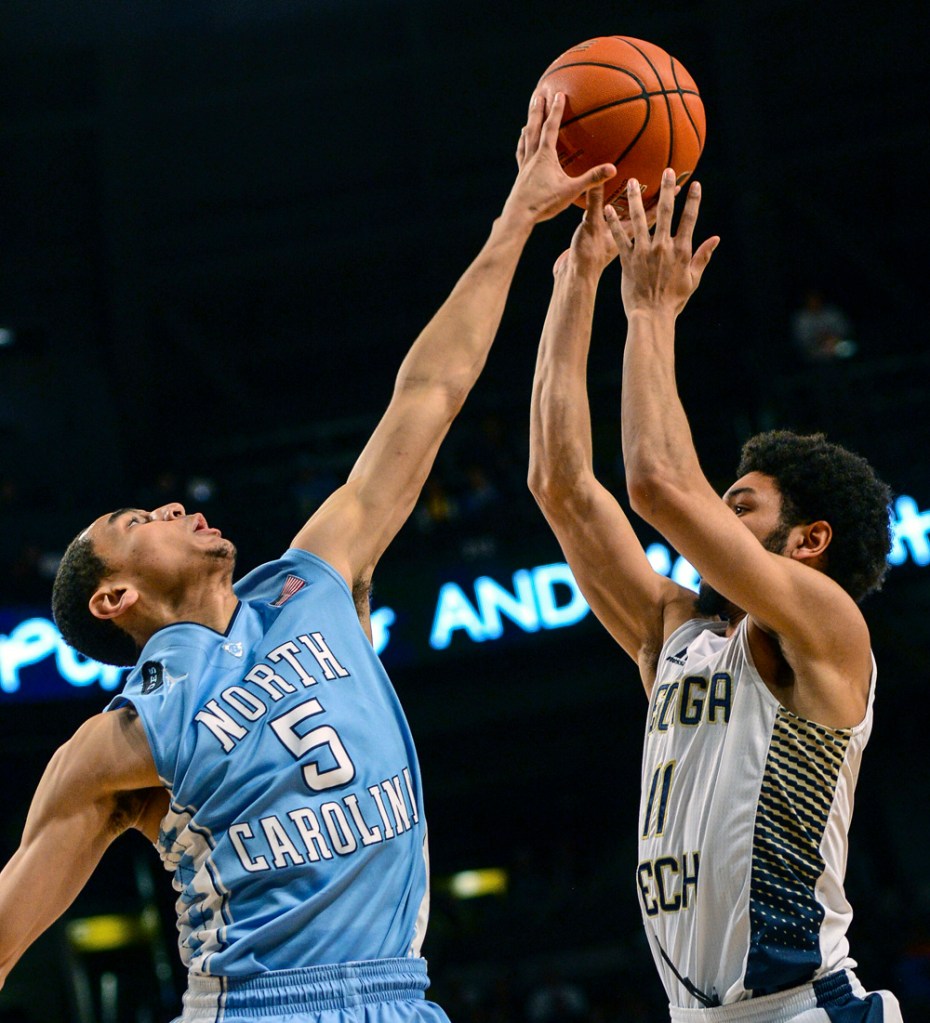 ATLANTA (AP) — Just in time for a rematch with Duke, No. 19 North Carolina established some late-season momentum by beating Georgia Tech 81-49 on Tuesday night, completing a sweep of the struggling Yellow Jackets.

The Tar Heels, who have won two straight for the first time since January, close their regular season against No. 3 Duke on Saturday. Duke beat North Carolina 92-90 in overtime on Feb. 18.

North Carolina (21-9, 11-6) began the day one game behind fourth-place Louisville in the Atlantic Coast Conference.

Joel Berry had a career-high 15 points and Justin Jackson added 13 for North Carolina.

It was North Carolina’s second runaway win over Georgia Tech this season, following an 89-60 victory on Feb. 21. The Yellow Jackets were close in all but three of their ACC losses, including the two to the Tar Heels.

Georges-Hunt’s injury was a big blow to an already limited offense. The inside scoring of Charles Mitchell, who had 16 points, and Demarco Cox, who had 14, wasn’t enough to keep the Yellow Jackets close.

Georges-Hunt, who averages 14 points as Georgia Tech’s only scorer in double figures for the season, limped off the court about 3 minutes into the game. He watched from the end of the bench the remainder of the half.

The cold-shooting Yellow Jackets missed their first 11 3-point attempts. Tadric Jackson finally ended the 3-point drought with less than 8 minutes remaining in the game. Georgia Tech finished 1 for 16 on 3s.

The Tar Heels stretched the lead to double figures on consecutive 3-pointers by Berry midway through the first half. Berry’s third 3 of the half pushed the lead to 39-19.

North Carolina: The Tar Heels’ last two-game winning streak was Jan. 24 and 26 against Florida State and Syracuse, respectively. … North Carolina has won six straight in the series with Georgia Tech. … Freshman Theo Pinson, who had missed 10 straight games with a broken bone in his left foot, had five points, including a 3-pointer. … It was Berry’s first game scoring in double figures. … Luke Davis, who had missed the full season with a foot injury, also made a late-game appearance and had an assist.

Georgia Tech: Quinton Stephens was held out with an abdominal strain. … The Yellow Jackets have an open week before the ACC tournament, possibly giving Georges-Hunt a chance to heal. … Only four Yellow Jackets scored in the first half.