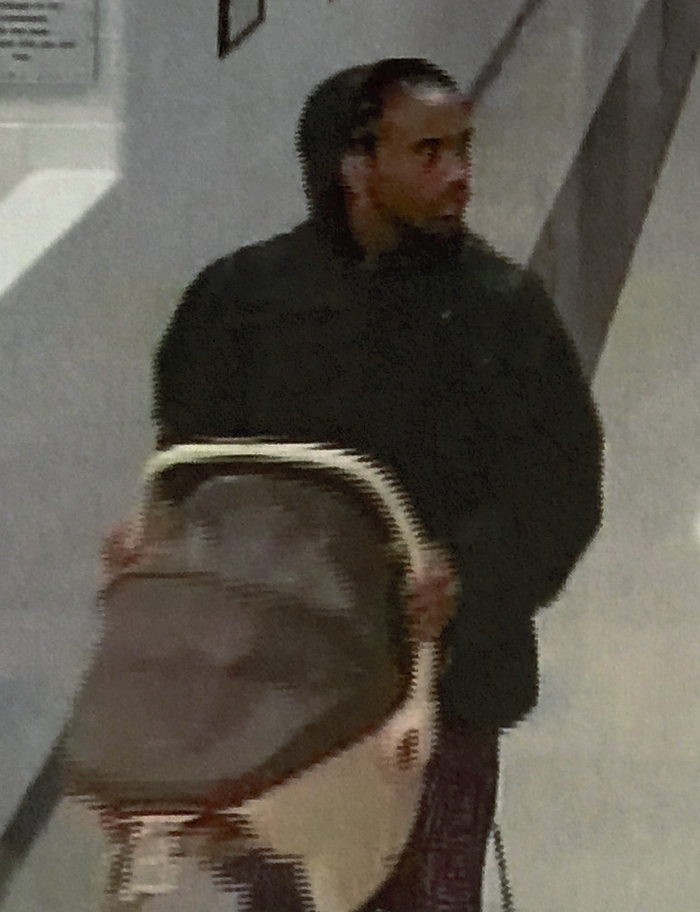 Rowan investigators are looking for this man seen in this security video still in connection to a Feb. 23 theft at the East Rowan YMCA. Authorities say he was seen carrying an empty baby car seat after the theft. The stolen credit cards were used at the Salisbury Walmart. Submitted photo

Rowan County authorities are looking for a man accused of stealing a wallet at the East Rowan YMCA about a week ago.

The incident occurred Feb. 23 at 2 p.m. when a Y member reported his wallet was stolen along with his credit cards while he was at the YMCA.

The suspect used one of the stolen cards at the Salisbury Walmart. Authorities captured a video still of the suspect carrying an empty baby car carrier. Investigators need the public’s help in identifying the suspect.