Granite Quarry had ‘team effort’ in taking on snow, ice

“Altogether, I would say it was a great team effort,” Granite Quarry Town Manager Justin Price said. Employees did an excellent job communicating and providing high levels of service to residents, he added.

“We also had no injuries or damage to equipment through several hours of heavy activity in extreme conditions,” Price said.

In dealing with the snow last Wednesday night and Thursday morning, Granite Quarry maintenance crews cleared and scraped 15 miles of streets and town parking lots — pretty much everything except U.S. 52, which is the state Department of Transportation’s responsibility.

“I had several compliments on the fact that the snow plow was used,” Alderman Mike Brinkley said.

Price said a few mailboxes knocked down on U.S. 52 were the DOT’s responsibility not the town’s. Mayor Bill Feather said the DOT should be informed that the town plowed some streets last Thursday that are supposed to be state-maintained.

“If we waited on the state,” Brinkley said, “we’d still be waiting.”

The Fire Department had no weather-related calls but did provide breakfast to the town employees.

During an ice storm Feb. 17, the Police Department responded to three traffic accidents, two of which were related to the weather. The nature of that icy precipitation made it harder for the maintenance department to scrape without leaving more dangerous conditions.

In other business Monday, aldermen welcomed several new employees or were introduced to recent additions.

Feather administered an oath to Jim Philyaw as the town’s new part-time finance director. Price said five people were interviewed for the job, and Philyaw brings more than 20 years of experience in local government finance, including stints as finance director for Gastonia, Stanly County, Pamlico County and Southport.

“I think he has learned a lot,” Cress said.

Police Chief Mark Cook also introduced Officers Bryan Thompson and Deidra Helms to the board. A East Rowan High graduate who had been working in construction, Thompson joined the force in January after being a top student in the Basic Law Enforcement Training course at Rowan-Cabarrus Community College.

A graduate of South Rowan High, Helms has been with the department longer and has a strong academic background with her bachelor’s and master’s degrees. She has been heavily involved in the Rowan County Family Crisis Center and has taught courses on victims and their needs.

Fire Chief Dale Brown told the board that four part-time employees have been hired to provide coverage in the absence of full-time firefighter John Cannon, who is fighting lung cancer.

The four part-timers include Jonathan McCaskill, Brantley Shanks, Andrew Ebersold and Andrew Hardister. In addition, the Fire Department has added to its roster as volunteers Mike Chisholm, Vernon Furr and Matthew Propst, who is a junior firefighter.

Brown reported that the Saturday fundraiser for Cannon was a success and a great day of fellowship. Proceeds are going to assist Cannon and his family in their daily expenses.

The profit margin for the benefit was good because of all the items donated and monetary contributions, Brown said.

Alderman Arin Wilhelm, who has been asked to head a Community Appearance Committee, said eight people, not counting himself, have agreed to serve on the committee.

In other town news:

• Work started Monday to create space at the back of Town Hall for a reserve fire engine. The extra space is needed to make way for the town’s new fire truck, expected to arrive now in early May.

• Price said staff is working on a revitalization plan for 315 S. Main St., a rezoning proposal for several properties and text amendments for a mobile home park overlay. 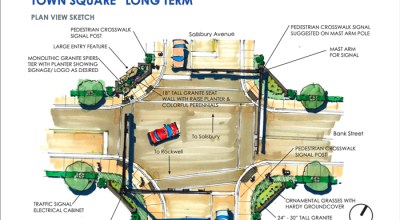 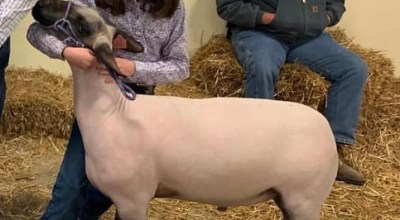