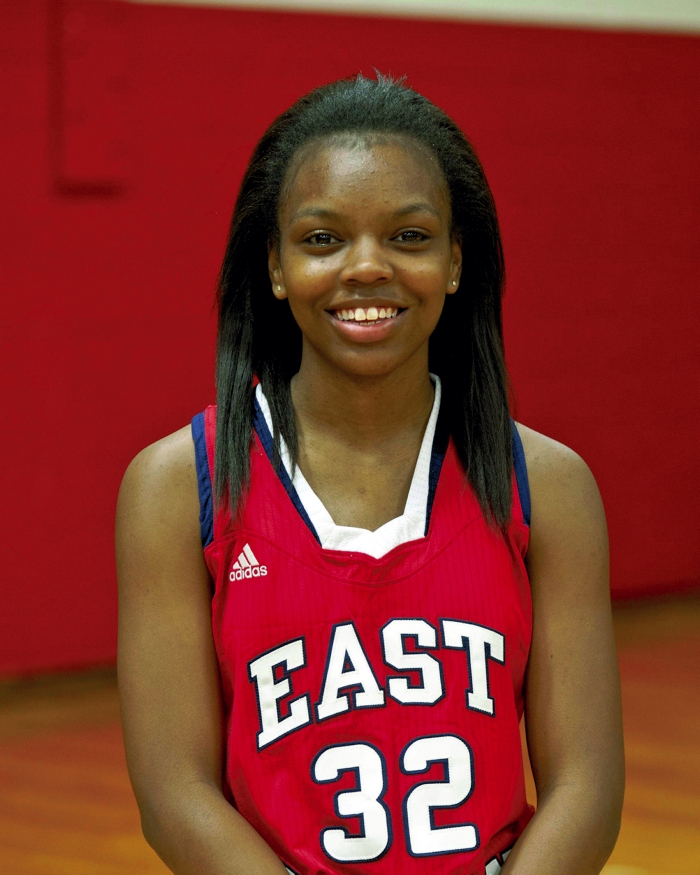 Shenique Pharr is the athlete of the week for being the most outstanding Mustang. She doubled her usual scoring output when her team needed it most. She had a team-high 19 points in a 63-55 win against North Henderson and she tied Kelli Fisher for team scoring honors with 17 points in a 71-63 road win at Pisgah.

East Rowan’s Pharr twins are usually talked about collectively rather than individually, although Shenique and Shenell are different players. They have different dominant hands and different  offensive strengths.

Shenell shoots a lot more 3-pointers and usually scores more  points than her sister, while Shenique is a terrific rebounder, who does a lot of her damage on stickbacks.

Where the junior siblings are alike is that both are intense defenders, who can harass opponents without fouling, and both are dangerous transition finishers because of their speed and spring.

Many Mustangs were candidates for athlete of the week because East Rowan’s girls not only won two playoff games, they won two hard-fought playoff games on back-to-back nights.