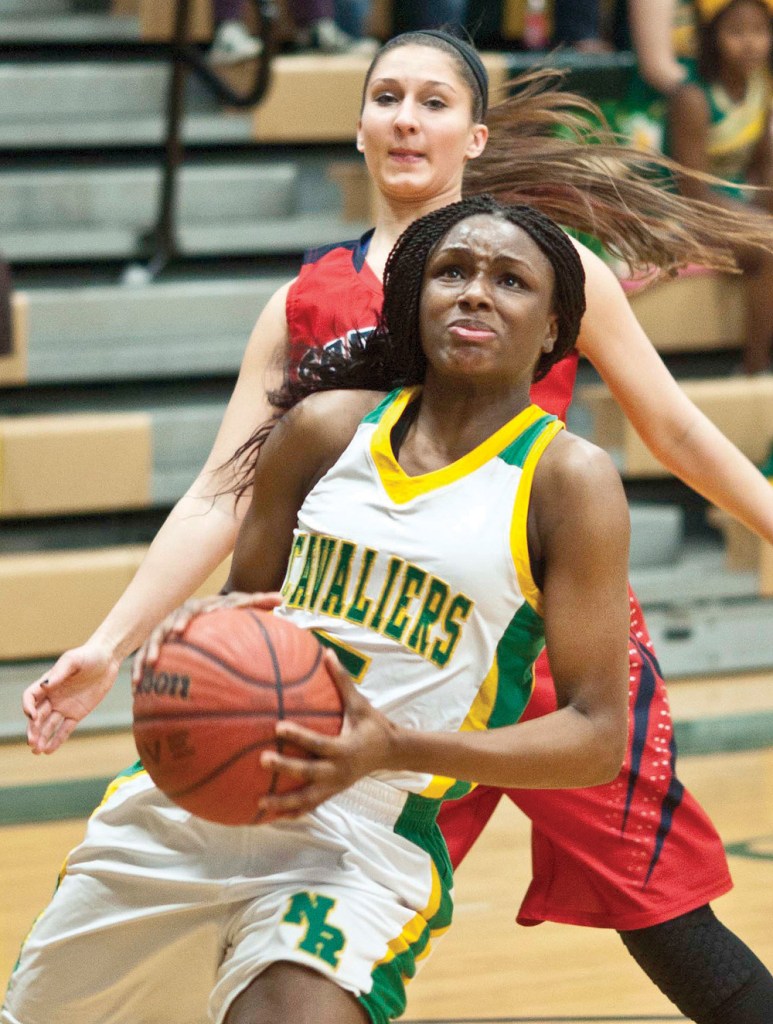 SPENCER — North Rowan’s girls have shot 46 percent from the foul line this season, so coach Brian Lytton rarely gets a chance to loosen his necktie and relax.

Forbush stayed close enough in Friday’s 2A first-round  playoff game that the Cavaliers were going to have to make foul shots, but they passed the test. In the fourth quarter, Special Washington made four, Aliyah Farmer made three, and reserves Payton Russell and Tre Allen both went 2-for-2. That accuracy allowed the 12th seeded Cavaliers to pull away for a 61-46 victory.

Farmer had a sensational game for the Cavaliers (14-6), leading the rebounding effort and scoring 20 points, the second-biggest scoring night of her career.

“Aliyah not only scored and rebounded, her leadership was tremendous,” North Rowan coach Brina Lytton said. “She’s really come on and is playing with a lot of confidence.”

There aren’t many girls as athletic as Farmer, a 5-foot-7 junior. She snatched one board just a few inches below the rim and then blew by retreating defenders for a coast-to-coast layup. Coast-to-coast was the signature play for former UNC icon James Worthy in his days with the Showtime L.A. Lakers. Worthy celebrated a birthday Friday, so maybe that was Farmer’s gift to him.

Senior Demeria Robinson got the Cavaliers started. She had eight of her 12 points in the first quarter. Special Washington scored 11 and made two 3-pointers. Brianna White’s seven point night included a very large three-point play late in the third quarter. White took a nice pass from Farmer and pushed a 40-31 North Rowan lead to to 43-31. Fredejah Royer contributed a 3-pointer to open the fourth quarter.

The 12th-seeded Cavaliers led only 30-27 at halftime over Forbush (14-11), the No. 21 seed in the West bracket. North Rowan  finally stretched its lead early in the third quarter when buckets by White, Egypt Alexander and Robinson provided a 6-0 run.

“Forbush was well-coached, very disciplined and they shot the ball extremely well,” Lytton said. “They played us very tough. I wanted to rest some girls, but Forbush never let us get comfortable.”

Calyn Davis made four 3-pointers and scored 19 for the Falcons. Kala Doub scored 15.