John Freeze: God will straighten your career path. If you let him. 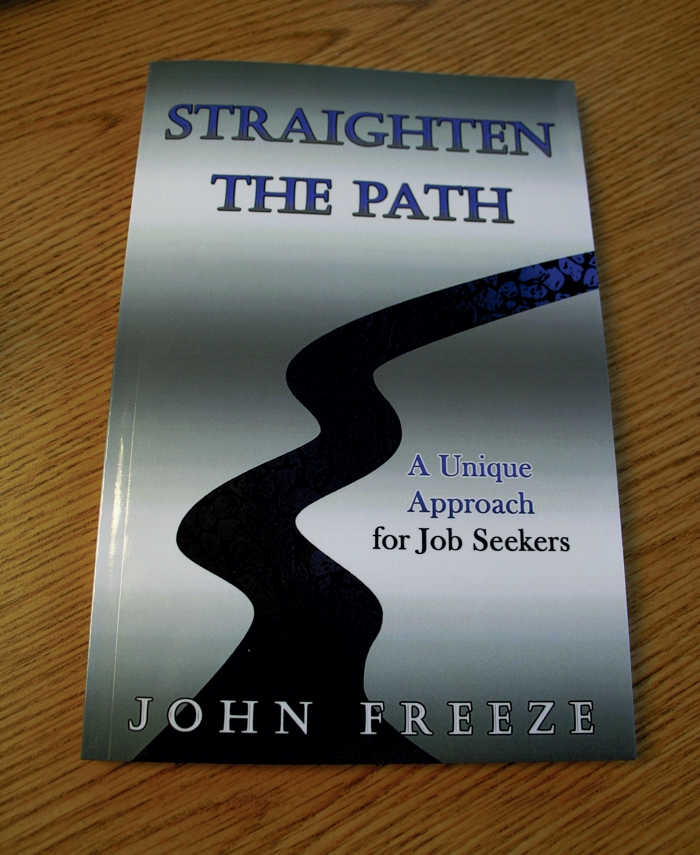 John Freeze has held many jobs over the years, but realized one day that something essential was missing from his job-search process: God.

Freeze, 48, a China Grove native and 1984 South Rowan grad, recently released a book about his experiences, “Straighten the Path: A Unique Approach for Job Seekers.”

The title is based on Proverbs 3:5-6, which says, “Trust in the Lord with all your heart and lean not on your own understanding; in all your ways acknowledge him, and he will make your paths straight.”

In other words, Freeze says, God will straighten the path in your own career. If you let him.

It’s been a hard-won lesson for Freeze, who uses the word “arrogant” to describe himself early in his career. He graduated from N.C. State University with a degree in electrical engineering, and received an MBA from UNCC, while working full-time. Right out of college, he went to work for Duke Energy for 15 years before forming his own consulting firm — and realizing he didn’t want to work for himself.

He later did stints for companies in business development and sales before settling into his current job with C5 Insight, a small firm of business consultants headquartered in Charlotte.

At Duke, he held a variety of positions before rotating into corporate recruiting for a year, along with fellow engineers.

“I fell in love with it,” Freeze admits. “I really enjoyed the process and learning how people got jobs. I became passionate about helping people be in the right job. I learned about what really happens on the inside of a company when someone is hired.” He also noticed that even among his strong Christian friends, anytime someone talked about their work, it was a totally secular conversation.

Why weren’t more folks praying about their jobs? Freeze wondered. “I think God cares about it.”

He realized what happens when you don’t make God part of that process.

So 10 years ago, “in typical John Freeze fashion,” he sat down and banged out about 40 pages. Then life happened. Six or seven years went by.

“Oh yeah,” Freeze remembered, “I was writing a book.”

He hadn’t finished it, he says, “because I hadn’t learned everything I needed to know yet.”

In 2014, he hired an executive coach, and made a goal to finish his book by the end of the year.

“I put my head down, and wrote for an hour or two every Saturday morning,” he says, along with some mornings during the week, “and next thing you know, it’s done.”

Misemployed? That’s not a word.

“It is now,” Freeze says. “The intent is to challenge people’s thinking.”

Not only does the book include advice on networking and job-search resources, it’s also filled with scripture passages about what God says about work.

“Why not let God be involved in your job search?” Freeze says.

The book can be easily read in one or two sittings.

Not only does Freeze include lessons learned from his own “hard-headedness,” he examines the question of, “Should you even be looking for a job?”

According to Freeze, there are only two reasons you should be looking for a job: you are currently unable to provide basic needs for your family, or God is leading you somewhere else.

Because if you’re too busy looking for a job when you already have one, then you’re not fully engaged in the job for which you’re being paid, Freeze says.

Over the years, Freeze has heard many folks say, “I hate this job” or “This job is a grind” or “I want to do something else.”

But they never do.

Freeze and his wife Sharon are active in their church, where she serves as preschool director. Freeze is interested in workplace ministry, a movement to integrate work and faith. “I think there’s a huge appetite for that.”

Freeze has begun the process of marketing his book. To schedule John Freeze to speak to your church or community group, contact him through his Web site, www.straightenthepath.com, or email makethepathstraight@gmail.com.