Girls basketball: South Rowan cruises past Asheboro in Round 1 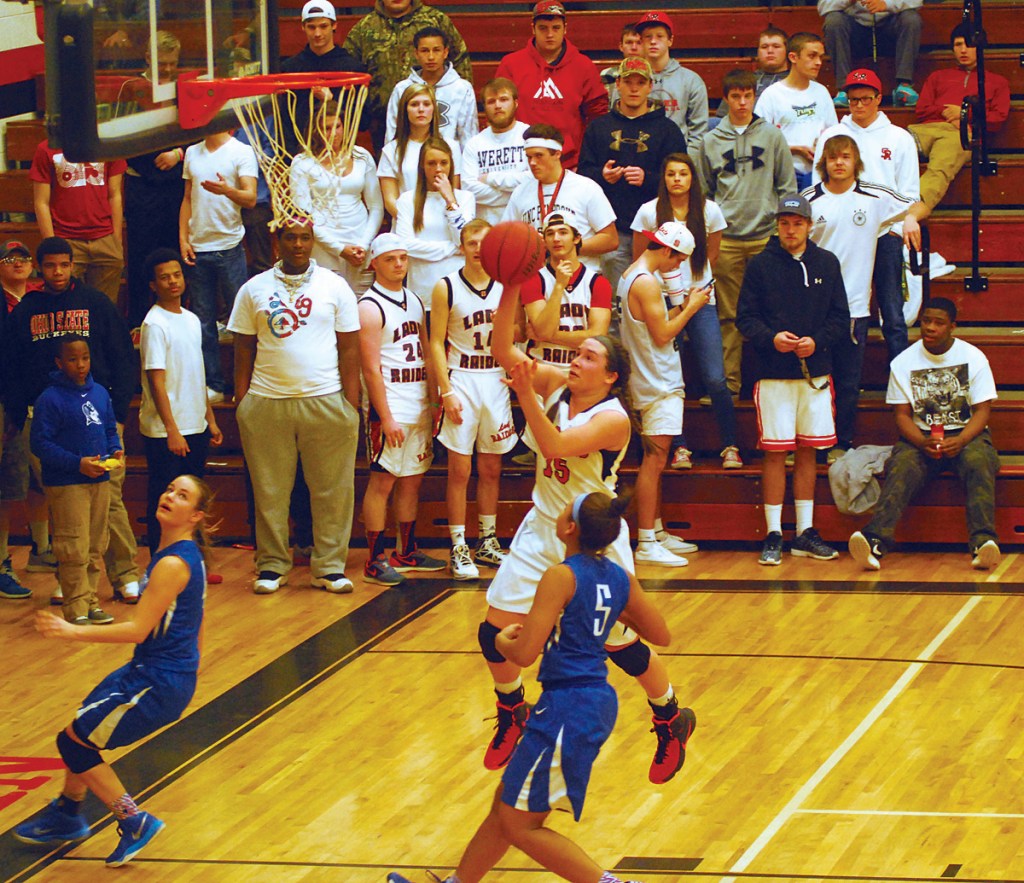 LANDIS — South Rowan’s girls had to wait in line for more than two weeks, but they’re still standing.

The Raiders shook off early rust Saturday and blew past visiting Asheboro, 62-37, in the thrice-delayed opening round of the girls basketball 3A state playoffs.

“I thought both teams were a little out of sync, especially on offense,” coach Jarrod Smith said after South Rowan (18-6) advanced to Monday’s second-round game at Shelby Crest. “We were getting good shots. They just weren’t going in. Our defense and rebounding kept us in the game.”

South Rowan’s approach seemed to be defense first — and second and third. The Raiders hadn’t played since edging East Rowan in the South Piedmont Conference finale Feb. 13, yet they limited Asheboro (14-11) to nine field goals and forced 16 first-half turnovers.

“It took us a while to get warmed up, but we got it going,” senior Avery Locklear said. “We were down early, but that was just fouls. Once we cleaned that up and started making smarter plays we were fine. Your defense always starts your offense.”

The Raiders got a jump start from point guard Sylvetta Bost midway through the first quarter. Her 15-foot set shot from the right side — South Rowan’s first basket after seven misfires — cut Asheboro’s lead to 7-3 and stirred a sleeping giant. By the time Cassidy Chipman scored on an assertive dribble-drive and Locklear rattled in a fadeaway, the Raiders had surged ahead.

“We came down here with the intention of winning,” said Asheboro coach Terry Allmon. “Then they started going to the boards and beating us to every loose ball. I don’t know the stats, but they had to have 20 or more second chances. After a while that catches up with you.”

It was still a tight game when South Rowan reserve Malaysia Williams buried a 3-pointer from the top of the key to make it 15-11 with 4:45 remaining in the first half. That’s when teammate Katie Figueroa entered the fray and converted a pair of momentum-turning field goals — the first on a line drive from the right baseline and the second on a layup following a turnover that she caused.

“Defense is our No. 1 thing and that’s why I’m out there,” said Figueroa, a 5-foot-3 senior. “I’m not an offensive player at all. I’m usually scared to shoot in the game.”

Three-pointers by Chipman (16 points, 14 rebounds) and Locklear (24 points) helped South Rowan open a 27-18 halftime lead. When they combined to score the first eight points of the third period, the outcome was all but sealed. Asheboro’s problems were compounded when 5-foot-10 junior Breanna Foster and one of its top players, picked up her fourth personal foul on a reach-in just 35 seconds into the second half.

“Yeah, and for no reason,” Allmon said. “She’s a very aggressive player. We’ve been after her since Day 1. Fouling is one thing. But silly fouls hurt the team.”

Chipman, who was more of a workhorse than a show pony, said containing Foster was pivotal.

“She’s their main scorer,” the senior said. “She creates open looks because everyone is attracted to her when she gets the ball. Without her there’s no ball-handling.”

South Rowan goes to Shelby Crest (21-2) with nine victories in its last 10 games.

“This gives us a running start,” Chipman said. “A boost into the next game. Plus I’m not ready to stop wearing (uniform number) 21.”