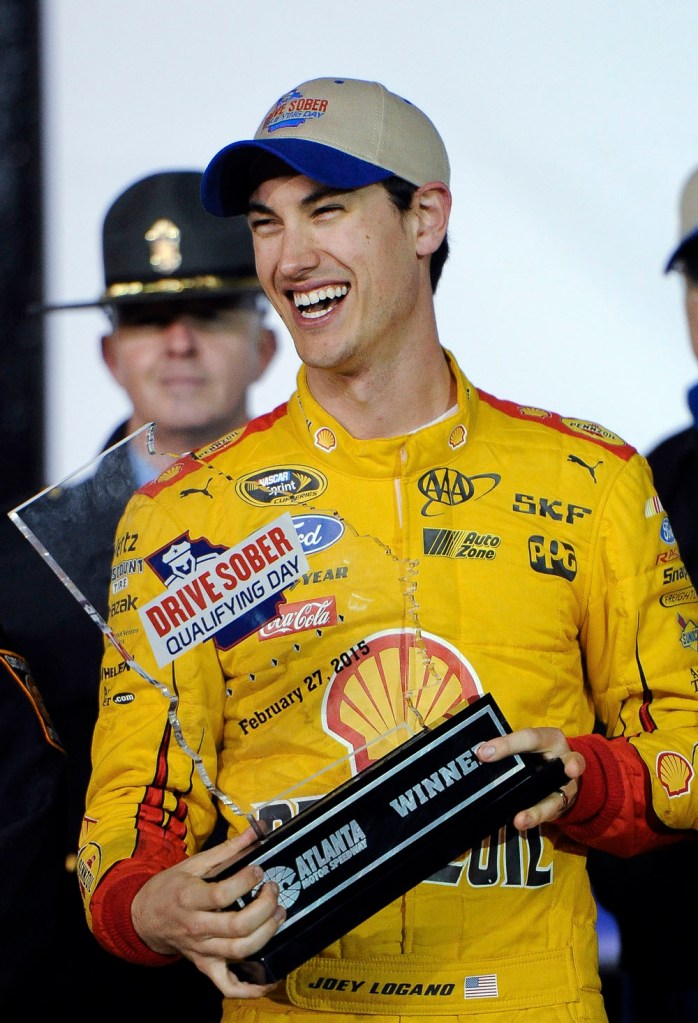 HAMPTON, Ga. (AP) — Daytona 500 winner Joey Logano won the pole for Sunday’s NASCAR Sprint Cup race at Atlanta Motor Speedway after a qualifying session in which 13 drivers didn’t get on the track after failing to pass inspection.

Among those who were stuck in the paddock Friday evening: former champions Jeff Gordon, Matt Kenseth, Jimmie Johnson and Tony Stewart. Gordon, who is retiring at the end of the year, called the situation “embarrassing” for the sport.

At least those four will be in the race based on their points from last season. That wasn’t the case for Mike Wallace, Matt DiBenedetto, Michael Annett and Reed Sorenson, who were bumped out of the 43-car field without even getting a chance to take a lap.

Logano led the final session of qualifying with a blistering speed of 194.683 mph, taking advantage of temperatures in the 40s as the sun set on the 1.54-mile trioval. He has never been a strong qualifier in Atlanta, but he’s on quite a roll after his victory last weekend in the biggest race of the year.

“I don’t know what’s going on,” a beaming Logano said. “Everything is going well for me lately. I’m trying to keep the train rolling.”

Kevin Harvick (193.782) will start on the outside of the front row, knowing he’s got his work cut out to keep up with the pole sitter.

But most of the attention was on those who didn’t get a chance to qualify. Gordon said it was the first time he’s missed out because of an inspection issue.

“To not even get a chance to go out on the race track is ridiculous,” Gordon said. “The fans deserve an apology.”

Sprint Cup director Richard Buck said the teams were pushing the limits on a new rules package, which reduced horsepower and drag. He said each of the 47 entries got a chance to go through the inspection line at least once, and some were inspected as many as three times.

NASCAR also pushed back the start of qualifying by 15 minutes, hoping to give everyone a chance to make a run.

“We did see where teams were pushing it. That’s their job, trying to get every bit they can,” Buck said. “Our goal is to make sure everybody has a fair opportunity to get through there.”

He said NASCAR would be working with the teams to make sure what happened in Atlanta doesn’t occur at future races.

That won’t help those drivers who were knocked out in Atlanta.

“I can’t believe how disappointing this is,” Gordon said. “The guys who don’t have the points, they know going home without even getting a chance to get out there. That’s a big letdown for me and for our series that this happened. There’s no way this should happen.”