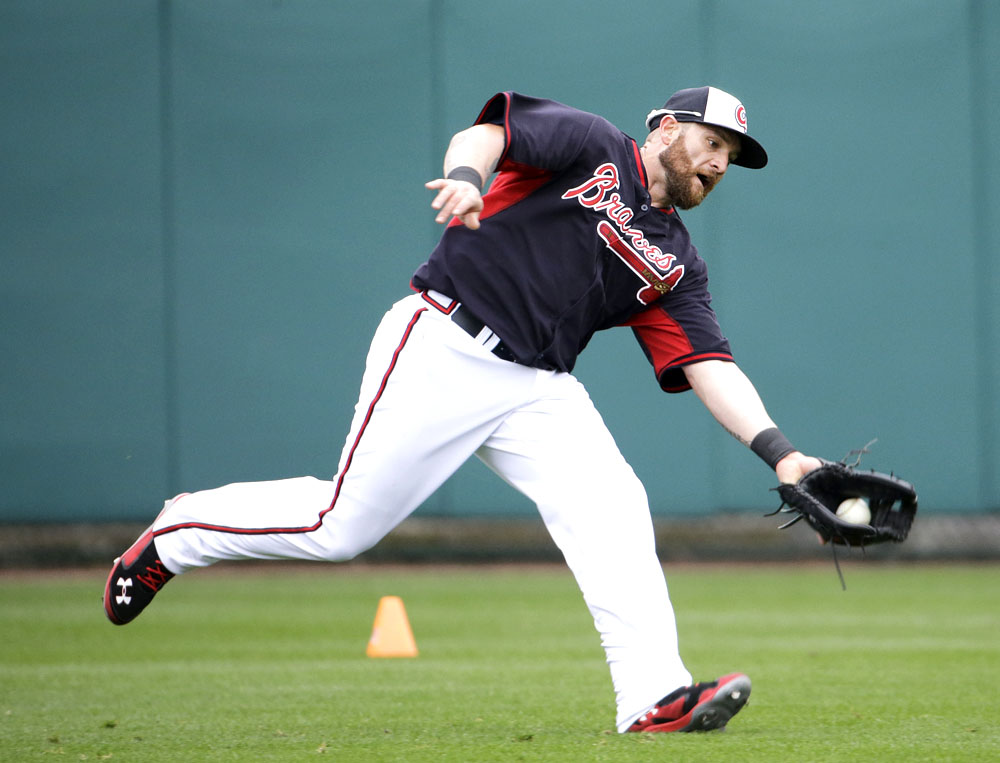 He has .244 career batting average and has played in more than 120 games in a season once in an 11-year major career.

And he was with Tampa Bay when the Rays reached the postseason for the first time in 2008, got back with Cincinnati in 2010, helped Oakland win the AL West in 2012 and won a World Series ring with Boston in 2013.

After spending last year with the Athletics and reaching the AL wild-card game, Gomes agreed to a $4 million, one-year contract with the Atlanta Braves. Following the trades of Justin Upton and Jason Heyward, and an injury to Melvin Upton, Gomes has a chance to make the opening-day lineup.

“I’m impressed by a lot of what I’ve seen so far this year,” Braves manager Fredi Gonzalez said after a workout Friday. “But Gomes really looks good. I’ve always heard a lot of good things about him.”

Gomes said he wanted to play in Atlanta and he isn’t with the Braves to be part of a rebuilding process.

Gomes, a fan favorite at all of his major league spots, played in only 77 games for the 2008 Rays that reached the World Series. He was described at the time by former Rays manager Joe Madden as one of the key pieces that got the Rays so far.

Gomes brings a powerful bat to a lineup that desperately needs one. Evan Gattis was expected to bring some power to left field but he also was dealt during the off season.

Following the trades, many are predicting the Braves will finish part back in their division.

“That’s what people have said about a lot of my other teams, and we turned out OK,” he said. “This team has more talent than people think.”