State of emergency declared in advance of winter storm 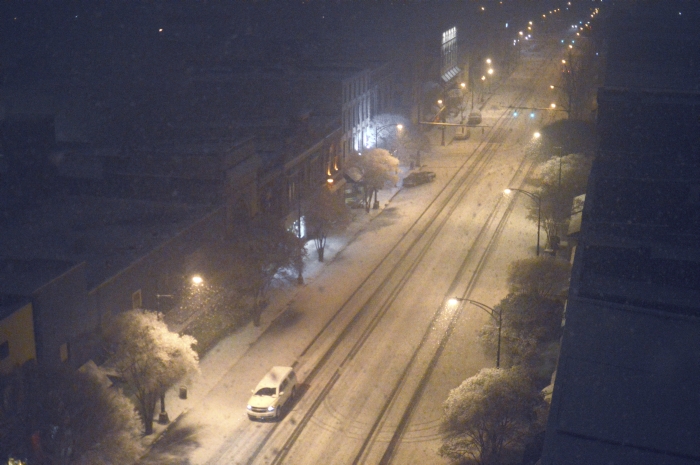 Gov. Pat McCrory on Wednesday declared a state of emergency in advance of a winter storm that was projected to bring 8 to 10 inches of snow to parts of Rowan County.

“We are preparing for as much as eight inches of snow across the majority of the state,” he said. “The State Emergency Response Team that consists of multiple state and local agencies worked throughout the afternoon Tuesday and overnight and they have teams mobilized and ready for the storm.”

In a news release, Public Safety Secretary Frank Perry added that 800 law enforcement offices from various state agencies and 86 National Guard soldiers would be staged across the state to respond to stranded motorists. However, Perry discouraged motorists from taking to the streets if possible.

“Motorists are reminded to monitor the weather and road conditions,” he said. “We’ve stated transportation crews and law enforcement teams to respond quickly to incidents especially around known trouble spots. But, the best way to remain safe is to stay off the roads.”

National Weather Service forecast models on Wednesday evening projected 8 to 10 inches of snow across the majority of Rowan County. The northwestern part of the county was projected to receive 6 to 8 inches of snow. The National Weather Service’s alert listed rapidly accumulating snow and visibility being restricted to half of a mile as potential hazards associated with the storm. The alert recommends bringing an extra flashlight, food and water in case of an emergency situation while driving.

Toi Degree, who works at Rowan County’s Cooperative Extension Office, offered several tips in case of a power outage during the storm. Some of the tips included noting the time of the power outage and not opening refrigerator doors for a long period of time to preserve food.

Temperatures are expected to reach the high 30s today.