NASCAR: Drivers ready for the grind 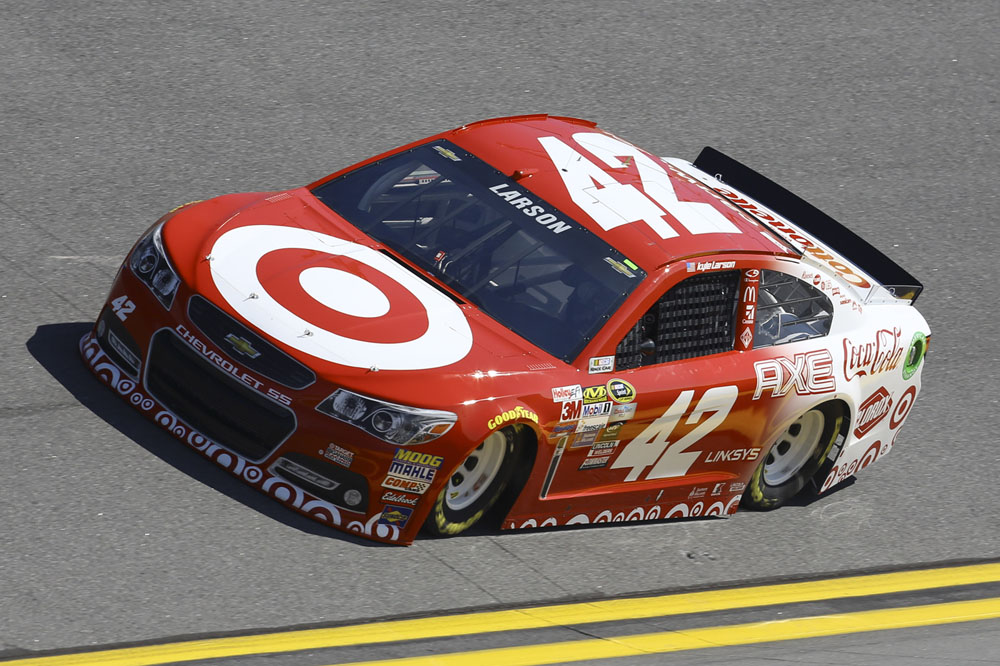 The Associated Press Kyle Larson drives during practice for the Daytona 500. Larson was second behind Chip Ganassi Racing teammate Jamie McMurray in a test session at Atlanta Motor Speedway on Thursday.

HAMPTON, Ga. (AP) — After the glitz of Daytona, it’s time for the NASCAR grind.

The Sprint Cup drivers returned to the track Thursday at Atlanta Motor Speedway, getting an extra day to test out the new rules package that will be in effect for the first time.

“This really feels like the start of the season,” said Kyle Larson, who ranked second behind Chip Ganassi Racing teammate Jamie McMurray during the first practice session on a cool, windy day at the 1.54-mile trioval.

The Daytona 500 is in a class of its own, the biggest event of the year coming right at the start of the schedule. The race Sunday will be more in line with the bulk of the grueling schedule, which will lead to a champion finally being crowned in November.

Also, since the races at Daytona and Talladega are run with a special restrictor-plate package that was largely unchanged from 2014, this will be the first event with the new rules. The horsepower has been reduced significantly, going from 840 to 725, and the rear spoiler was shortened from 8 to 6 inches. Most intriguingly, drivers now have the option of controlling the track bar from inside the car, allowing them to adjust the rear balance during the race, altering the way their machine handles.

Carl Edwards wasn’t quite as thrilled with his new toy. The switch was installed on the steering wheel, so he worries about making an adjustment inadvertently. Or, even worse, having it get stuck during a change, going to one extreme or the other.

“This is an opportunity to screw ourselves up more than it helps us,” said Edwards. “I will probably not mess with mine too much.”

To make it safer, track officials announced plans to extend the SAFER foam barrier by 130 feet at the exit of pit road near Turn 1, in addition to installing a tire barrier along the inside wall of Turn 4.

The move follows a hard crash at Daytona that left Kyle Busch with a broken right leg and left foot. David Ragan will fill in for Busch at Atlanta and the next several weeks.

Ragan was given permission by his regular team, Front Row Motorsports, to take over Busch’s seat at Joe Gibbs Racing. Joe Nemechek was hired to replace Ragan in the No. 34 machine at Atlanta, which has 48 entries.

Uncertain of a full-season ride at Front Row because of sponsorship issues, Ragan jumped at the chance to race for one of the sport’s top teams, even if it’s just a temporary move while Busch recovers.

“I’m going to work hard to be a better driver and a great teammate the next several weeks,” Ragan said. “I’m only going to be better when I get back in the 34 car later in the season.”