Erica Parsons: 17th Birthday would have been Tuesday 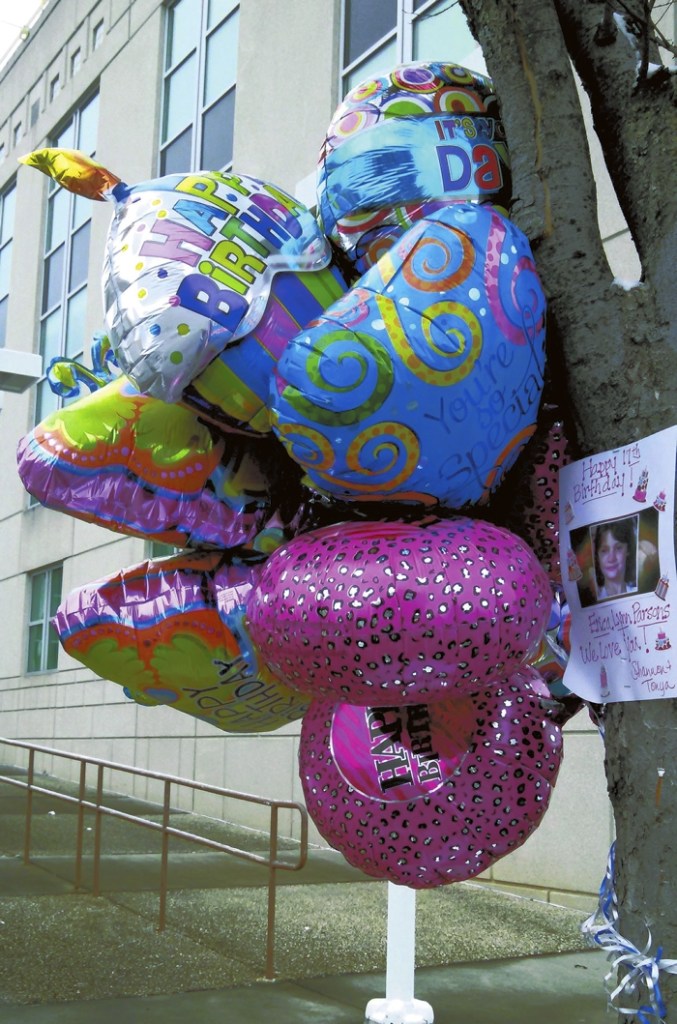 These balloons and birthday message was left on a tree outside the Rowan County courthouse for Erica Parsons, who would've celebrated her 17th birthday on Tuesday. The teen has been missing since November 2011 and investigators have been looking into her disappearance since July 2013 when she was actually reported missing. Shavonne Walker/Salisbury Post

Throughout much of the day Tuesday, folks were wishing a happy birthday to a girl whom most have never met — Erica Lynn Parsons. The Rowan County teen, who was reported missing in July 2013, would’ve celebrated her 17th birthday.

She mysteriously disappeared sometime in November 2011, but it wasn’t until her adoptive brother, Jamie Parsons, went to Rowan authorities to say he’d not seen her. Jamie Parsons initially pointed the finger at his parents — Sandy and Casey Parsons.

The couple have not been charged in Erica’s disappearance, but since the beginning, they have been the subject of much conversation and speculation. Rowan County Sheriff’s investigators, along with the SBI and FBI, have been looking into the teen’s disappearance.

The Parsonses have said they let Erica go stay with her biological grandmother, whom they knew as Irene “Nan” Goodman. The couple met Goodman at a Mooresville McDonald’s and that was the last time they saw Erica.

Goodman family members and law enforcement said there is no Irene Goodman.

Two women, who only placed their first names, Shannon and Tonya, left birthday balloons and a sign with Erica’s picture on it wishing the teen a happy birthday.

Erica’s biological mother, Carolyn Parsons, said Tuesday she was aware of the sign. She was told there are others who’ve held their own special birthday celebrations for Erica. A friend of Carolyn’s baked cupcakes with her children and they blew out the candles.

One of the kids’ wish was for Erica to return, Carolyn said.

“That’s a wish for me too,” Carolyn said.

She said after returning from work in Virginia, she’ll take the time do something special for Erica.

“I wish everyday she was here,” she said, “birthdays, Christmas and other holidays are hard.”

She said she misses Erica and wishes her a happy 17th birthday.

Recently during a sentencing hearing for Erica’s adoptive parents, Sandy and Casey, a federal prosecutor said he believes the teen may be dead.

Carolyn wouldn’t let herself think about the possibility that Erica could be dead.

She would only say “every parent hopes and prays their child is still alive.”

Sandy and Casey face prison time for accepting health care and adoption benefits for Erica, who had not been living with them. Sandy Parsons was found guilty in October of 43 of a 76-count indictment. Casey Parsons pleaded guilty in September to 15 counts.

The pair were supposed to be sentenced a week ago, but a judge continued the sentencing hearing until March 27, so that he can hear more details regarding the abuse of Erica Parsons.
During the hearing, Jamie Parsons and other family members revealed how Erica endured years of abuse and neglect at the hands of Casey and Sandy Parsons.
Jamie Parsons even recounted his own abuse and mistreatment of Erica. When he was asked how long he abused Erica, he answered from five years old to 16 years old. He said he just stopped because he didn’t want to do it anymore.
He also told the court not only he and his parents mistreated Erica, but his other siblings — Sandy Jr., Brooklyn “Brook” and the two youngest, Sadie and Toby — abused Erica as well.
Jamie said his father would punch Erica in the back and the girl had been struck in the head so much that she had a bald spot from numerous scabs that had formed.
He also said Erica ate dog food when she was underfed. Law enforcement have said the girl was smaller than most teens her age and was likely malnourished.
Family members told law enforcement they often saws bruises on Erica, which her adoptive parents blamed on the other children.
At one point, Casey sent Erica to live with her sister, Robin Ashley, because she “couldn’t stand to look at Erica.”
Ashley also testified in federal court and said she took Erica so Casey would not kill her.

Once Sandy and Casey are sentenced, it is up to the judge to allow them the opportunity to turn themselves in at a later date or have them taken to prison immediately.